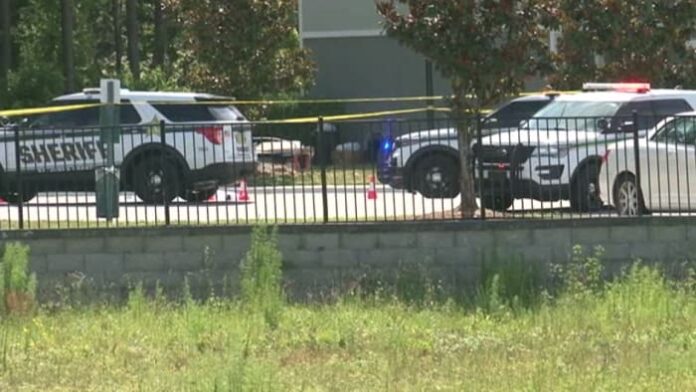 ST. JOHNS, Fla. – St. Johns County deputies are investigating a murder-suicide between two neighbors who live in a townhome community on Servia Drive off St. Johns Parkway south of Racetrack Road in the northwest portion of the county.

A spokesperson for the Sheriff’s Office said so far the investigation has revealed that for unknown reasons, an incident occurred between the neighbors resulting in one of them being shot and killed. The shooting was reported at the Palisades at Durbin Crossing, which is a townhome development.

Investigators said after the shooting, the suspect re-entered their own residence and went into the backyard, where they took their own life with a firearm.

The genders and ages of the neighbors were not released.

The spokesperson said this appears to be an isolated incident and there is no threat to the public.