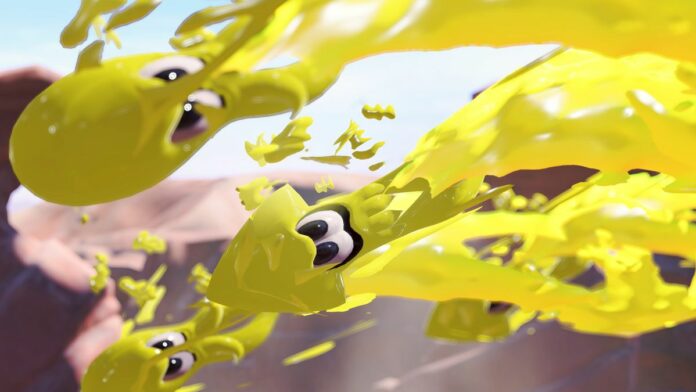 Nintendo made the announcement with a new Splatoon 3 gameplay trailer.

It gives us a look at the game’s new 4 vs. 4 Turf War mode, which challenges competing teams to cover the most ground in their ink.

Watch the gameplay trailer below.

The trailer gives us a look at one of the game’s new stages, Eeltail Alley, alongside a glimpse of the new Stringer weapon in action. The bow-like weapon lets you sling ink sideways and vertically.

As well as competitive multiplayer matches, Splatoon 3 will also continue the series’ singe-player campaign, which follows Agent 3 in their fight against the Octarians.

Co-op mode Salmon Run will play a bit like a horde mode, in which you and your buddies will have to fend off waves of Salmonid bosses, which get progressively larger in size.