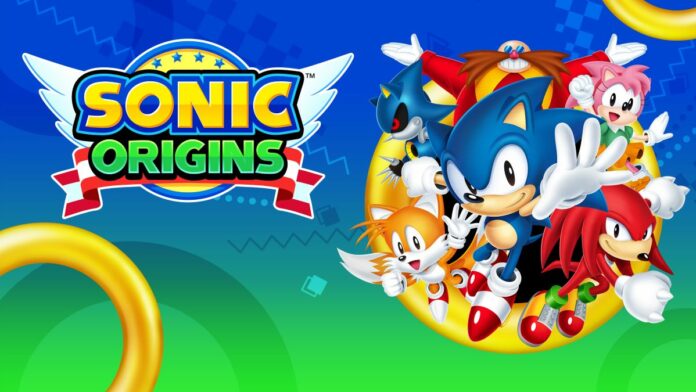 Sega has announced it will be delisting older ports of classic Sonic games ahead of the release of Sonic Origins on June 23. The much-anticipated compilation includes  Sonic’s original four adventures, and Sega seems determined to have Sonic fans buy it whether they want to or not.

Sega made the announcement via an official press release, which states that older ports of Sonic the Hedgehog, Sonic the Hedgehog 2, Sonic 3 & Knuckles and Sonic CD are to be delisted from digital storefronts on May 20. This includes the excellent mobile ports on Android and iOS, as well as various ports across PS5, Xbox Series X|S and previous generation consoles.

The only ports surviving the purge are the Sega Ages ports of Sonic 1 and 2 on Nintendo Switch. You’ll also still be able to play Sonic 2 via Nintendo Switch Online’s Expansion Pack subscription service, provided you have the Genesis / Mega Drive collection downloaded.

This latest announcement follows the confirmation that the PC version of Sonic Origins will feature Denuvo digital rights management. The controversial DRM software is written into the game’s code and has a history of undermining game performance. If you’re a long-time Sonic fan, you’ll know that performance hiccups are the last thing you want in games as fast as these.

Beyond that, Sega also made the baffling decision to lock some features of Sonic Origins to a slightly more expensive Digital Deluxe Edition, such as menu animations and extra challenges in the collection’s new Mission mode.

What is Sega thinking?

Naturally, Sonic fans aren’t happy. Many of the ports being delisted are perfectly fine ways of playing the originals, and some are arguably the definitive way to play these classic games. The aforementioned mobile ports, for example, offer superb widescreen support and the ability to play as additional characters like Tails and Knuckles in games where they were previously unavailable.

Some fans are pointing out that there aren’t any real upsides for consumers when the classic Sonic games are delisted. If there are any inaccuracies in Sonic Origins’ emulation, for example, your only choices are to deal with them or play the games on original hardware if you don’t own any of the existing ports.

In either case, it looks like the only benefactors are Sega itself, which will enjoy boosted sales of Sonic Origins, or scalpers looking to flip Genesis / Mega Drive consoles to make a handsome profit.

I 100% guarantee that something will be different/inaccurate in the new versions, and that this is a completely boneheaded move. It’s like we fetishize film so much that we want to make the same mistakes Star Wars made, tossing away the originals for the Better version. https://t.co/wIk3dNDyzSApril 26, 2022

It’s a huge shame that Sega has courted a number of controversies, then, as the Sonic Origins collection itself is shaping up to be quite brilliant in its own right. The compilation’s menus are really quite striking and bring to mind the deep care and attention to detail found in the Sonic Mega Collection on Gamecube.

But if Sega is adamant about making Sonic Origins the only option to play these classic titles, then their emulation needs to be immaculate. They need to be definitive in a way that renders other ports obsolete. Details on the compilation thus far are promising, but we’re yet to hear anything about performance or potential bugs and glitches.

The Sonic franchise in general is riding a wave of positivity at the moment. The Sonic 2 movie has been a huge hit with audiences, and fans are excited for the upcoming Sonic Frontiers, which will see the blue blur traversing an open-world environment. The very last thing Sega needs right now is to squander the goodwill it’s been generating of late from the Sonic fanbase. Sadly, it seems those wheels could be already in motion.