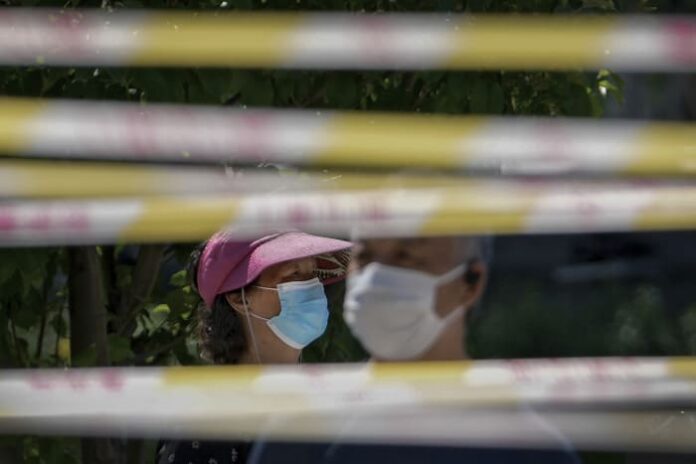 TAIPEI – Supermarkets, malls and restaurants in Shanghai will be allowed to open in a limited capacity starting Monday, officials said, even while it remained unclear whether residents would be let out from their homes.

The city’s Vice Mayor Chen Tong said Sunday at a daily press briefing that grocery stores, malls, convenience stores and pharmacies will be allowed to reopen while implementing measures that “reduce the flow of people.”

Agriculture markets will also be allowed to reopen while ensuring “no contact” transactions. Restaurants will be allowed to serve takeout.

However, Shanghai’s transportation department said Sunday that all subway lines in the city had stopped operating. It was unclear when those services would restart.

City residents are waiting cautiously to see how the new measures will actually play out. Although the city’s official total lockdown began at the end of March, many have been stuck in their homes for longer.

Shanghai officials have previously said the city of 25 million people would reopen in a limited way, only for restrictions to return even as cases wane.

Residents who have been allowed to return to work are put into a “closed loop” system similar to the one used for the Olympics. That means they cannot return home but have to live on site.

China reported 1,718 locally transmitted COVID-19 cases on Sunday, with the vast majority being what authorities have categorized as asymptomatic infections.