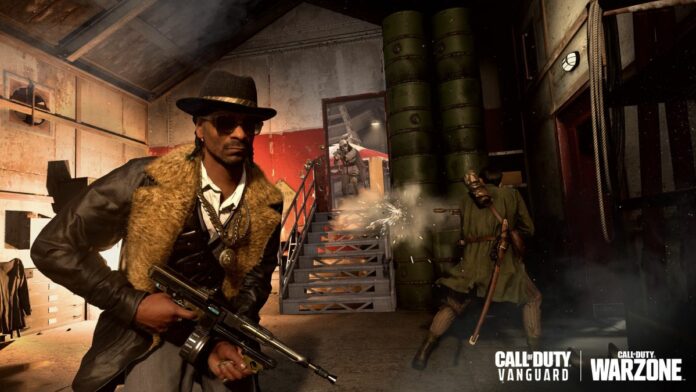 Snoop Dogg is now a playable character in Call of Duty: Warzone and Call of Duty: Vanguard alongside a new bundle that comes with three legendary blueprints.

The rapper, who is a notorious first-person shooter player, has joined the game via the Snoop Dogg Operator Bundle. This bundle comes with a playable version of the man, which includes voice lines, progression path, a biography, as well as three legendary weapon blueprints.

The timing on this bundle is conspicuous, and the Call of Duty team isn’t shy about linking to April 20. In their blog post on the Call of Duty website, it says: “It’s no coincidence that he’s joining the fight right before a certain unofficial April holiday.”

The bundle is littered with references to marijuana, especially in the three weapons, and Snoop Dogg’s progression path. The ‘Bong Ripper’ sniper rifle, ‘West Coast Bling’ assault rifle, and ‘Tha Shiznit’ SMG make up Snoop Dogg’s arsenal, and each comes with Green Weed tracer rounds, which turn the muzzle flashes into marijuana leaves.

This is all alongside tons of sprays, weapon charms, and a killcam theme that all very clearly sport similar leaves. While Snoop Dogg isn’t seen partaking in the drug in any of his flashy highlight intros, finishing moves, or MVP highlights, he is seen smoking a cigar in all of them.

While in previous years, you might expect Activision to be more coy with its references to drugs, this is quite blatant. While Snoop Dogg is never seen smoking weed, there are pictures of joints in the sprays and the killcam theme.

This pack makes Snoop Dogg playable in Call of Duty: Vanguard’s multiplayer, zombies, as well as Warzone. So, no matter where you get your Call of Duty fix, you can do it as Snoop Dogg on the battlefield.

This is not Snoop Dogg’s first appearance in the series, as the rapper once lent his voice to Call of Duty: Ghosts as a multiplayer voice pack. However, this is the first time he is playable, and it’s all good fun. If you’re a fan, this is a no-brainer.