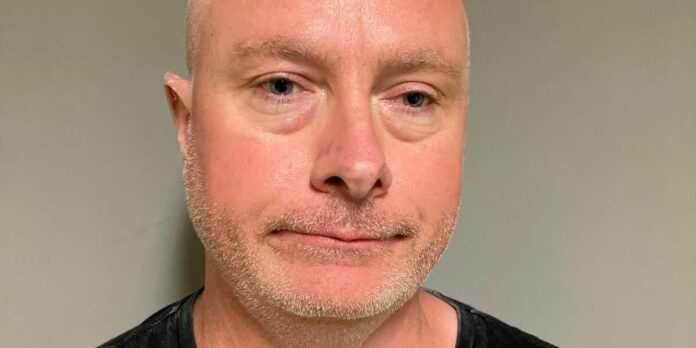 A sheriff has been accused of sexually abusing a woman with whom he had a relationship. Addison County Sheriff Peter Newton, 50, showed up to court for his arraignment on Tuesday. Asked after the hearing if he would resign, the elected law enforcement officer indicated he remained on the job.

Addison County High Bailiff Dave Silberman and some state lawmakers have called on Newton to resign.

“Like all people charged with crimes, Sheriff Newton deserves a presumption of innocence pending trial  and conviction,” Silberman said, according to the outlet. “However, it is simply impossible for Sheriff Newton to continue serving the community in a law enforcement capacity under the cloud of these very serious charges.”

Released on a $100,000 unsecured bond, Newton cannot execute law enforcement duties, however, according to WPTZ. He otherwise faces typical bond restrictions, such as being required to remain at least 300 feet from his alleged victim.

Newton faces two counts of sexual assault, and a count each of unlawful restrain and domestic assault.

The sheriff sexually abused a woman, authorities said. He went “too far” during sexual encounters, according to court documents obtained by The Addison County Independent. He allegedly left her with pain and bruises, threatened her, and said no one would believe her if she stepped forward. Another allegation is that he recorded her and laughed at her.

“She said Newton told her ‘she was crazy’ and she ‘dreamt it,’” she said in documents regarding the alleged sexual abuse.

They allegedly met after she approached him for help because she had “problems with the father of her children,” and she got a relief from abuse order against that father.

“[Newton is] above anyone, I’m afraid,” the woman told police in court documents obtained by VTDigger. “He has access to these guns. He’s a predator. This is someone who abuses their power, their position[.] It’s not just him, it’s the entire sheriff’s department because they knew he used his position to get women. They knew that.”

Newton, who won office in 2018, recently announced that he would retire. This happened shortly after local outlets reported in April that the Vermont State Police picked up an investigation into a “domestic disturbance” that happened at the sheriff’s home in February.

In his announcement, Newton alleged that the woman, who was intoxicated, got upset when he threw out her alcohol, according to the Independent. He claimed others were leaking information to the media and were undermining his authority by damaging his reputation.

“We are grateful to have a system of justice that pursues allegations made against a law enforcement officer that works to hold them accountable,” the Vermont Sheriffs’ Association said in a statement about the new charges, according to WVNY/WFFF.