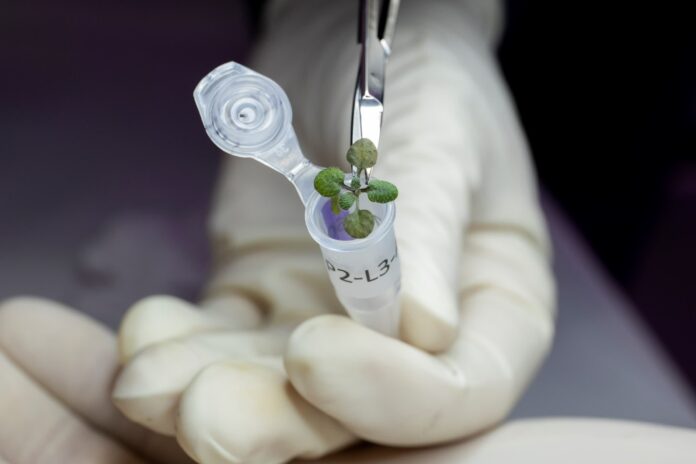 Why it matters: Further research could help us understand which plants are best suited for growing in lunar regolith as well as which parts of the Moon are most fertile. All of this, in turn, could also allow astronauts to grow plants in soil from Mars someday.

According to a recently published study funded by NASA, scientists have successfully grown plants in soil brought back from the Moon.

Six Apollo missions collected a total of 381kg of lunar soil and rocks, and last year NASA finally decided to donate 12g of it to the University of Florida. There, researchers planted thale cress seeds, an easily-growable plant native to Eurasia and Africa, in approximately a gram of soil each and moistened it with a nutrient solution daily. They also planted a control group in JSC-1A volcanic ash used to simulate lunar soil.

For the first time ever, scientists have grown plants in lunar soil.

This @UF and @NASASpaceSci experiment using Apollo Moon samples could shape the future of sustainable astronaut missions to deep space. Dig into the story: https://t.co/ZtUvowKi8e pic.twitter.com/PWGzev7lmN

Surprisingly, all of the plants germinated within 60 hours, and at first, the lunar samples looked the same as the control ones. However, by the sixth day, the researchers began noticing differences between the two. The plants grown in lunar regolith grew slower and displayed stunted roots and leaves, with some even gaining a reddish pigmentation.

Another notable observation was that plants struggled the most in samples from the Apollo 11 mission, which were harvested from the Sea of Tranquillity. This soil was exposed the longest to cosmic radiation and solar wind on the Moon.

After 20 days, the team harvested the plants, with studies of the RNA revealing that the lunar plants were under stress and reacted in the same way they would in other harsh environments, such as when the soil has too much salt or heavy metals.

NASA claims the research paves the way to someday growing plants in habitats on the Moon.