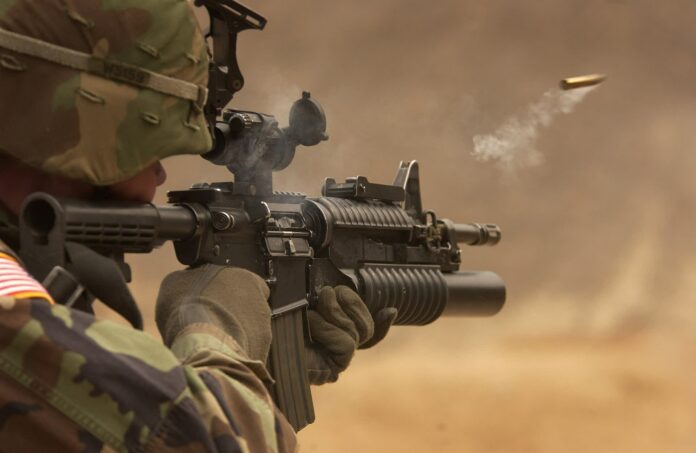 WTF?! Not for the first time, a piece of tech has been (partly) credited with stopping a speeding bullet and potentially saving someone’s life. A Ukrainian soldier’s Samsung Galaxy S20 Ultra and its case, in combination with a dog tag, managed to stop a 7.62 round in the war-torn country.

As NotebookCheck reports, war correspondent @Osinttechnical tweeted a video of a Ukrainian soldier showing his smartphone with the bullet embedded in the case.

Ukrainian soldier’s phone stopped what appears to be a 7.62 round. pic.twitter.com/6iEq3DOFOW

We can’t see the phone in the video, but the case is believed to be the S-View Flip Cover Case for the Galaxy S20 Ultra. A Twitter user translated the video, revealing that the soldier said his phone cost around $675, further suggesting it is an S20 Ultra.

The soldier credits both the phone and a dog tag for saving his life; it seems pretty certain that the Galaxy S20 Ultra and its case wouldn’t have been able to do the job alone. Still, it’s an impressive showing from Samsung’s former flagship, which did pretty well in the JerryRigEverything durability tests a few years ago.

This isn’t the first instance of bulletproof phones. Way back in 2016, a former Nokia executive claimed that a Nokia 301, first released in 2013, saved a man in Afghanistan by stopping a bullet.

In other bullet-stopping news, there were reports earlier this month of a Razer headset that deflected a bullet while being worn by an 18-year-old from Torrance, California. The projectile came through the glass of his window, ricocheted off the Razer Kraken headset, and was deflected into a wall before falling onto his bed.