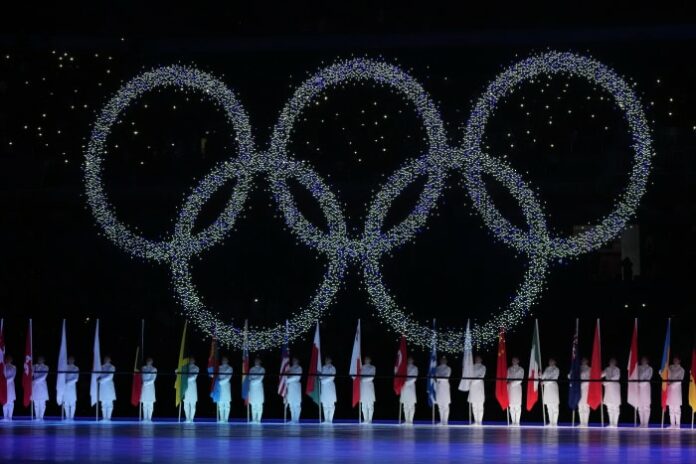 “I believe we’ll host a future Game(s). It’s a question of when,” he said last week in a local television interview.

But will it be in 2030, the first opening on the IOC calendar? Or might the International Olympic Committee make a double award and also name the 2034 host? When it had two strong candidates 4 1/2 years ago for the Summer Games, the IOC selected Paris for the 2024 Olympics and Los Angeles for 2028.

The IOC isn’t saying. An announcement is expected early next year, with media reports in Salt Lake City suggesting a decision in May 2023.

“I’ve obviously got my fingers crossed for 2030, but whenever we’re asked to host them, we’ll be ready,” Bullock told the Deseret News in Utah.

The Associated Press requested an interview with Bullock but was told he was talking only to local media. Bullock was the No. 2 to Mitt Romney when Salt Lake City hosted the 2002 Games.

Under its revised but opaque bid process, the IOC appears to have four possible candidates. Three have held Winter Olympics before: Sapporo (1972), Salt Lake City (2002), and Vancouver (2010). There is also interest from Barcelona, which held the 1992 Summer Games and could propose a bid with regions in the Pyrenees.

An IOC “technical team” was in Salt Lake City last week inspecting venues, and is in Vancouver this week. Meanwhile, a similar visit to Spain is reported to have been delayed.

Sapporo is not known to have a technical visit lined up, but a Japanese bid would have to be among the favorites after officially spending $13.6 billion to organize the one-year delayed Tokyo 2020 Olympics. At least 60% was public money and probably more, with government audits showing Olympics costs were higher than reported.

A study by the University of Oxford says Tokyo was the most expensive Olympics on record.

Sapporo has organized an “All Japan” conference next week, led by former Prime Minister Taro Aso to promote the bid and showcase the backing of government and Japanese business.

Salt Lake City puts the cost of the Games at $2.2 billion, and Sapporo has a similar figure — $2.4 billion to $2.6 billion. However, Olympic expenditures typically overrun estimates, and accurately predicting costs a decade from now is impossible.

The Winter Games have become a tough sell for the IOC. The choice for 2022 came down to Almaty, Kazakhstan, and Beijing after a half-dozen European candidates dropped out after failed public referendums, or fears about costs.

Neither Sapporo nor Salt Lake City will hold referendums. Sapporo Mayor Katsuhiro Akimoto has said surveys of 10,000 people — online, on-street and by post — show support at between 52% and 65%, Akimoto has given no details of the methodology or the reliability of the surveys.

The Vancouver council last month declined to put a referendum on the ballot for an October municipal election. Vancouver’s proposal is being called the first “Indigenous-led” bid for an Olympics, with First Nations people of Canada planning a feasibility study.

Mark Conrad, who teaches sports law and ethics at Fordham University’s Gabelli School of Business, told the AP that a joint award seemed possible. He is not involved in the process and watches an an outsider.

“Salt Lake City facilities remain from 2002 and are used, and in good shape,” Conrad said, also noting strong public support for the bid. “But the IOC owes Japan big-time and I believe that many facilities may be there or shared via Nagano.”

Nagano held the 1998 Winter Olympics and paid off the debt from those Games several years ago.

With the Summer Olympics in Los Angeles in 2028, it would be unusual for the IOC to stay in the United States for the 2030 Winter Games. However, if sponsorship is strong, it might change course. The IOC also generates much of its broadcast revenue from North America.

IOC President Thomas Bach, who leaves office in 2025, might also prefer to leave the awarding of 2034 to his successor.

The 2030 and 2034 Winter Olympics are the only Games open on the immediate Olympic calendar. Paris, Los Angeles and Brisbane, Australia, are lined up for the next three Summer Olympics.

Italy’s Milan and Cortina d’Ampezzo will hold the 2026 Winter Olympics.

The IOC has tried to streamline its bid process, partially because of bribery scandals linked to the 2016 Rio de Janeiro Olympics, and Tokyo in 2019 that forced the resignation of IOC member Tsunekazu Takeda.

The host-city selection has been largely taken out of the hands of rank-and-file IOC members who will be asked to rubber-stamp the recommendation of the IOC’s executive board.

The IOC technical team in Salt Lake City was not made available to the media, and members’ names were not disclosed. Members of the technical team were not believed to be IOC members. The IOC said that members who are on the Future Host Commission were not “on-site.”

“The IOC meets regularly, in person or virtually, with interested parties and potential hosts of the Olympic Games and Olympic Winter Games,” the IOC said in a statement. “The IOC respects the confidentiality of all these discussions.”