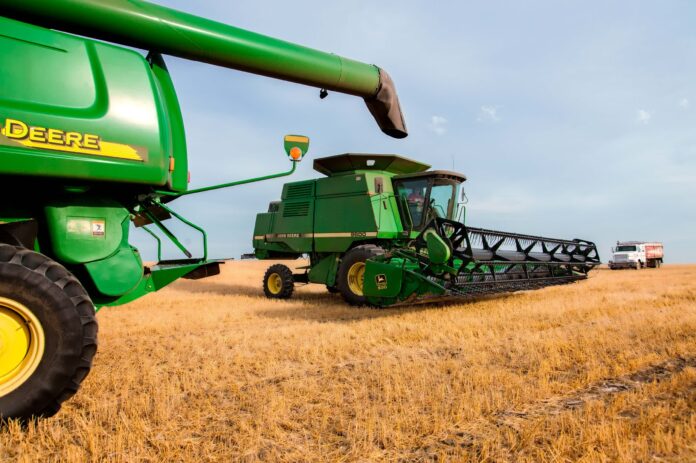 What just happened? Russian soldiers in the occupied city of Melitopol have stolen almost $5 million worth of farm equipment from a John Deere dealership and shipped it more than 700 miles to Chechnya. But the entire operation was in vain: all the equipment was unusable as it had been locked remotely.

CNN reports that in addition to looting residences, Russian troops have increasingly been stealing farm equipment, hundreds of thousands of tons of grain, and building materials in Ukraine.

One incident in Melitopol saw a Russian military transport used as part of a heist on a John Deere dealership: a flatbed truck with the letter Z painted on the side. The symbol has been used to show support for the invasion and was why a Russian pro Dota 2 player was dropped from his team over the weekend.

Among the list of stolen items were two combine harvesters valued at $300,000 each. There were also 27 pieces of farm machinery, including other types of tractors and seeders. The total value of all the products was close to $5 million.

Some of the equipment was taken to a nearby village, but the rest ended up 700 miles away in Chechnya. Much of the machinery is equipped with GPS tracking systems and can be controlled remotely, which means they can also be disabled and locked remotely.

“When the invaders drove the stolen harvesters to Chechnya, they realized that they could not even turn them on, because the harvesters were locked remotely,” CNN’s contact said.

The equipment is now said to be sitting on a farm near Grozny as consultants in Moscow try to bypass the remote locks. If they are unsuccessful, the only option would be to sell the machines for spare parts.

We’ve heard on several occasions about how technology is playing a big part in the Russia/Ukraine conflict, from DJI suspending its drone sales to the US targeting Russian Bitcoin miners.