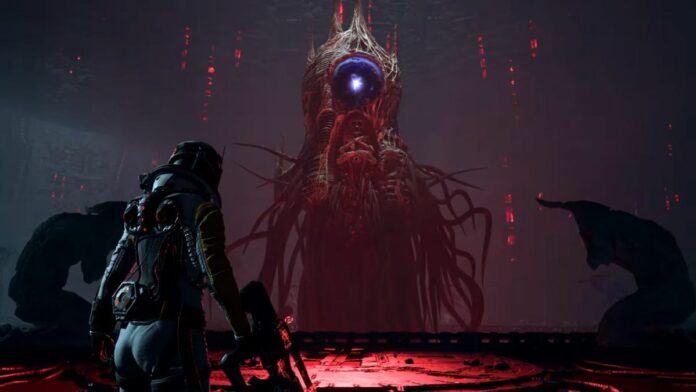 Sony surprised fans with the Returnal: Ascension update back in March. Adding campaign co-op and an endless survival mode called the Tower of Sisyphus to the popular roguelike, it was well-received and now, it’s been adjusted through a new update.

Announced via Twitter, developers Housemarque confirmed details of Returnal update 3.03 earlier this morning, which has since gone live. Said to rebalance gameplay and fix several bugs affecting co-op play, Housemarque confirmed it’s also reset the leaderboards for this endless mode, putting everyone on an even playing field.

However, if you’re hoping for a more detailed look at what’s been altered, you won’t find it, not just yet. The exact balance changes made in this update weren’t confirmed by Housemarque in the full patch notes. At the time of writing, 3.03’s only been out for nearly three hours, meaning there’s not been much time for any detailed breakdowns.

Returnal update 3.03 will be deployed today at 12:00PM BST, to balance difficulty in the Tower of Sisyphus. As a result of the update, the leaderboards will be reset.May 2, 2022

You can find the full list of bug fixes below:

We don’t know if there’ll be any further updates to come, though we’ve got some clues on Housemarque’s next steps. Speaking at the DICE Awards in March, Managing Director Ilari Kuittinen confirmed the team’s next game will be a brand new IP instead of a Returnal sequel, stating “it’s early days with us starting a new game, a new IP, concepting it out. We’ll see what comes with that.”

Ascension arrived nearly a year after Returnal’s original launch and though we’d seen some significant post-launch updates – update 2.0 added both a save system and photo mode – 3.0 became a literal game-changer for two reasons.

First, we had the Tower of Sisyphus, a survival mode with escalating difficulty. Once you’ve unlocked the Icarian Grapnel, you can access this new endless mode that’s split into phases, each featuring 20 floors and a new boss, Algos. Unsurprisingly, this gets harder through each phase, but thanks to leaderboards and score multipliers, there’s plenty of incentive to try again.

Secondly, this also introduced two-player online co-op to the main campaign, letting you play with friends in private matches or random players publicly. You can’t stray too far from your teammate and if another player’s downed, your partner’s got a chance to revive you. Between these two features, fans had a great excuse to play Returnal once more.

We had strong opinions on Returnal when it first arrived last year, giving it 4.5 stars in our own review. Blending third-person shooters with roguelikes, we called it “the perfect game for those who love a challenge with a bit extra behind it. It’s a game of risk, with its unpredictability defining the degree of challenge more than the enemies themselves.”