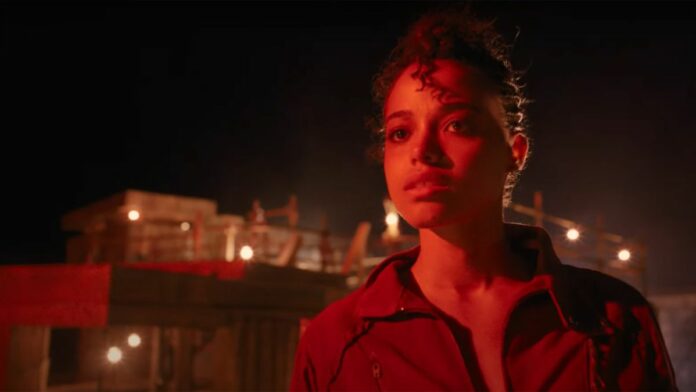 The first trailer for Netflix’s Resident Evil TV series has been released – and it looks like a suitably menacing live-action adaptation of the iconic game series.

Posted on the streamer’s various social media channels on May 12, the upcoming Netflix show bears all the hallmarks of a classic Resident Evil adaptation. The Umbrella Corporation, hordes of zombies, plenty of action set during the nighttime, and more sinister threats are all on show during the one minute and 20 second long video. Suffice to say, then, fans of the horror franchise should be licking their lips with anticipation.

Check out the teaser below:

Wait, why a new zombie apocalypse? Because Netflix’s live-action adaptation takes place years after the events of the Resident Evil videogame series, as well as being set in New Raccoon City in the not-too-distant future. Netflix’s live-action Resident Evil offering will jump between two timelines – present day in 2022, and one 14 years after a new outbreak (thanks to the Umbrella Corporation, again) occurs.

Oh, and there’s the small matter that – spoilers – Albert Wesker dies in the horror game series. Clearly, then, Netflix’s TV show operates in its own sphere, even though it takes plenty of cues from Capcom’s iconic franchise and appears to be set around the same time as the events of Resident Evil Village, the eighth game in the series, according to GamesRadar.

Still, showrunner Andrew Dabb told Entertainment Weekly that there’s a reason for Wesker’s sudden resurrection, saying: “I don’t want to give too much away, but I will say the explanation for why Wesker is the way that he is and how he is still alive go hand in hand.” Color us intrigued.

Netflix’s Resident Evil TV show will arrive on the streaming giant on July 14. The eight-episode series is the second Resident Evil project to launch exclusively on Netflix, with CGI series Resident Evil: Infinite Darkness leading the way in July 2021.

Analysis: shuffling towards a better future?

The Resident Evil franchise has seen better days in a movie and TV capacity. While Capcom’s game series has revived its flagging fortunes with monster hits in recent years – Resident Evil VII and VIII have reignited fans’ interest in the series – its film and TV offerings have been less well received.

Currently, Infinite Darkness holds a 5.7 out of 10 rating on IMDb.com, while its score on review aggregator website Rotten Tomatoes is similarly poor – the animated series holding a rotten 39% rating among viewers.

Other recent adaptations haven’t fared much better. Resident Evil: Welcome to Raccoon City, a live-action film that arrived in theaters in late 2021, holds a 5.2 out of 10 rating on IMDb and a 65% audience score on Rotten Tomatoes. In fact, no Resident Evil movie – including the Milla Jovovich-starring sextet – has scored a Rotten Tomatoes rating (among critics, that is) higher than 37%. That award went to Resident Evil: The Final Chapter in 2016, while 2004’s Resident Evil: Apocalypse has the honor of registering a derisory 19% score on the same website.

Clearly, then, something has to change, and it might just be that Netflix’s live-action show is the one to resurrect Resident Evil’s fortunes on the big and small screens. It’ll be over a month before we find out for sure – we don’t expect reviews to drop until around a week before release – so the jury will be out until then. Fingers crossed that Netflix’s live-action adaptation will kickstart the franchise in a movie or TV capacity, and not force it to shuffle off its mortal coil once and for all.