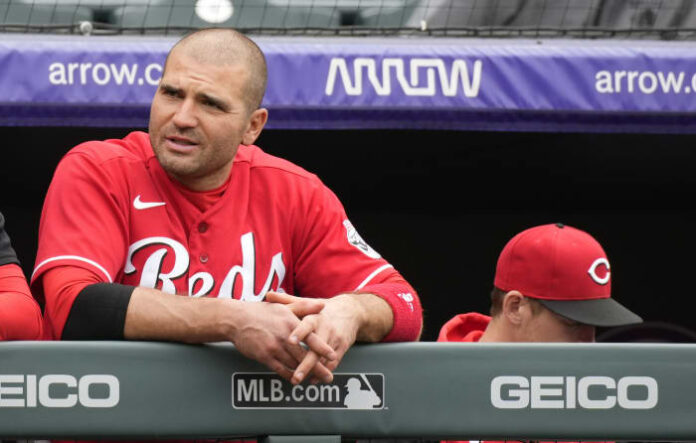 “We’re precautionary as far as being able to put him on that COVID IL, which is really a day-to-day thing until we know more,” Bell told Cincinnati reporters.

Votto was in the original starting lineup to face the Brewers, but showed symptoms.

The six-time All-Star is hitting just .122 with no home runs and three RBIs, and had played in all 22 Cincinnati games this season. He has struck out 29 times in 74 at-bats.

Cincinnati is struggling with the worst record in the major leagues at 3-19. The Reds had lost six in a row and 17 of 18 going into the series opener against the Brewers.

On Monday, Votto linked to a blog post on Fangraphs.com that carried this headline: “Is This the End for Joey Votto?” On his Twitter account, he posted: “Five months to go. Enjoy the show.”

The Reds are scheduled to hold a Star Wars Joey Votto bobblehead giveaway at Great American Ball Park on Saturday night when they play Pittsburgh.