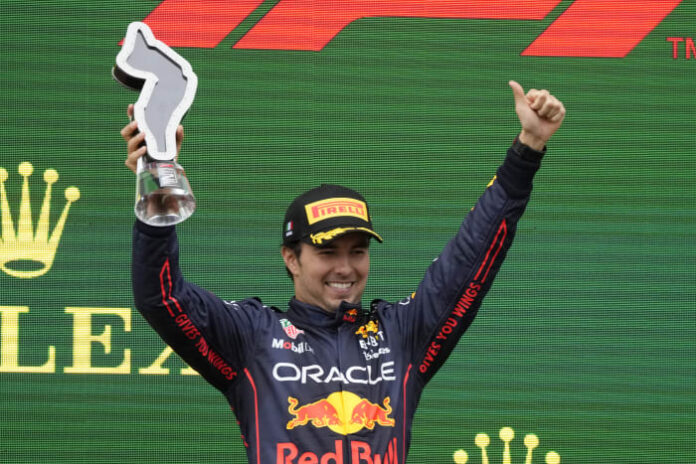 Sergio Pérez looks around the top motor racing series in the world and sees a golden age for Mexican drivers.

He is sitting third in the Formula One championship after four races, close behind Red Bull teammate and defending champion Max Verstappen heading into this week’s inaugural Miami Grand Prix.

Pato O’Ward of Mexico just won his first IndyCar race last week and is on the verge of signing a new contract with McLaren. Countryman Daniel Suárez is in his second season driving for Trackhouse Racing, a team co-owned by Pitbull and built around Suarez.

“I think Mexico is living their best era in (racing) history, with top drivers in each series. Its great,” Pérez said in an interview set up by Red Bull fuel partner Exxon Mobile.

How long that lasts is anyone’s guess. O’Ward turns 23 on Friday, is one of IndyCar’s bright young stars and has F1 aspirations. Suárez, 30, is a former Xfinity Series champion driving in the best Cup opportunity of his career.

This golden era of Mexican racing would seem to hinge on Pérez and his next steps. The 12-year F1 veteran is 32 and in the final year of his Red Bull contract. A team representative cut off a question about his future with Red Bull and the series in general.

Pérez said he’s not using the final year of his contract as motivation to press for a first career championship, which would also be the first for a Mexican driver. He is only five points behind Verstappen and trails leader Charles Leclerc of Ferrari by 32.

“I’ve been in Formula One for 12 years, so I’m very relaxed about it,” Pérez said. “I’m just making sure I enjoy it.”

Pérez is just the sixth Mexican driver in F1 history, and he’s been the only one on the grid for several years since Esteban Gutiérrez lost his seat with Haas F1 after 2016.

Pérez is adored back home and last season became the first Mexican driver to finish on the podium in the Mexican Grand Prix, where he placed third. He enjoys a big fan base at the race in Austin, Texas, and likely will have another one in Miami.

Pérez is hopeful there will be more Mexican F1 drivers on the way.

O’Ward has expressed a desire to reach F1, and Pérez noted that Red Bull signed Mexican driver Noel León as one of its junior series drivers.

Pérez said he doesn’t get a chance to talk to O’Ward very often and when he does, it’s not necessarily about racing.

“We spoke a couple of days ago just about life,” Pérez said. “We are not in regular contact, but we do speak when we see each other.”

Pérez has said if the F1 racing calendar grows much longer — 23 races were planned this season before Russia’s was dropped following the country’s invasion of Ukraine — he may not be around because it would take him away from his growing family for too long. He already has two children and a third is on the way.

“I don’t like bringing them to the races. I come here for work. I’m doing my own thing,” he said. “Miami would have been a good opportunity for them to come. I’m expecting a third (child) pretty soon, so my wife is unable to travel at the moment.”