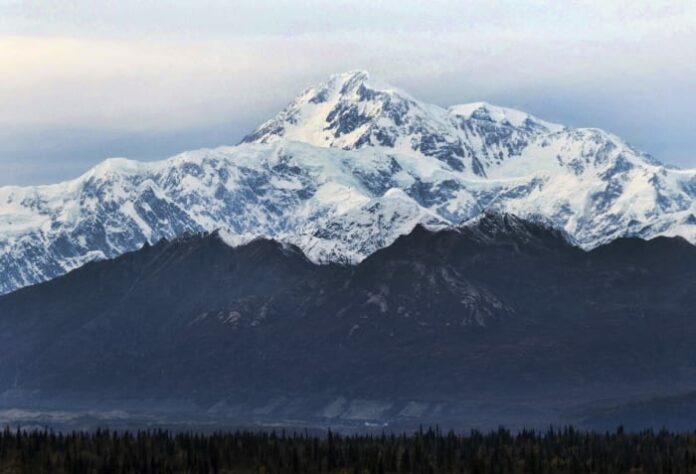 ANCHORAGE, Alaska – National park rangers in Alaska on Friday resumed an aerial search for the year’s first registered climber on North America’s tallest peak after he didn’t check in with a friend.

Because it’s so early in the climbing season, Matthias Rimml, a 35-year-old professional mountain guide from Tirol, Austria, is alone on the upper part of Denali, a 20,310-foot (6,190-meter) mountain about 240 miles (386 kilometers) north of Anchorage. The climbing season usually runs from May through mid-July.

Rimml is not considered overdue compared to his planned return date and food and fuel supply, according to a statement from Denali National Park and Preserve on Thursday.

However, a friend who had been receiving periodic check-ins from Rimml contacted mountaineering rangers Tuesday after not receiving a call for days, the statement said.

Park officials say Rimml was already acclimated to the altitude because of recent climbs. He had planned to climb Denali “alpine style,” or traveling fast with light gear. His goal was to make the summit in five days even though he carried enough fuel and food to last 10 days.

The average Denali expedition is 17 to 21 days for a round trip, with climbers making the summit on day 12 or 13, according to the National Park Service.

His last known call to his friend was on April 30, when he reported he was tired but not in distress.

Rimml reported his location as just below Denali Pass, at 18,200 feet (5,547 meters) elevation on the West Buttress, the most popular route for Denali climbers.

On Wednesday, a pilot and mountaineering ranger in a National Park Service helicopter looked for Rimml. Intermittent clouds didn’t allow a thorough search, but they did not see any signs of him.

They saw his tent at 14,000 feet (4,267 meters) but didn’t observe any recent activity, the statement said. High winds and poor weather prevented the helicopter from landing at the campsite, but the helicopter returned Thursday when weather was better. Rangers confirmed Rimml hadn’t returned to the tent.

Clouds prevented the helicopter from flying above 17,200 feet (5,243 meters) on Thursday, but park spokesperson Maureen Gualtieri told The Associated Press a helicopter with two rangers aboard took off Friday morning from Talkeetna, the nearest community, to resume the search.

Weather conditions on the mountain have been cold, which park officials say is normal this time of the year. Daytime highs have been around minus 25 degrees Fahrenheit (-3.89 degrees celsius) with winds at the two base camps registering up to 30 mph (48 kph). Five inches (13 centimeters) of new snow have fallen in the past week on the upper mountain.

On the website for his guide business, Rimml said he always has been close to mountains and nature.

He trained as a carpenter after receiving his high school diploma. In 2015, after he completed military service, Rimml switched to being a freelance ski instructor in Austria and outside Europe.

He became a professional mountain guide in 2015, the fourth generation of his family to do so, his biography states. His specialty is long, technically difficult combined tours.