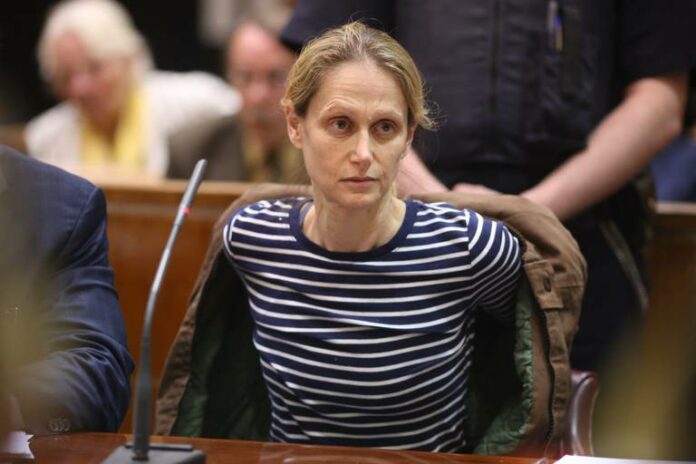 A Manhattan psychiatrist who prosecutors said became a murderous mastermind was sentenced to more than a decade in prison for her role in the plot to kill the father of her child.

Pamela Buchbinder was sentenced to 11 years in prison on Tuesday, after she had pleaded guilty to first-degree attempted assault and burglary in September for the Nov. 2012 attack on Dr. Michael Weiss, who somehow survived after he was bludgeoned and stabbed multiple times.

In a pivotal moment of the sentencing hearing in lower Manhattan, Dr. Weiss told the judge during his impact statement that he suffers from PTSD and is always looking over his shoulder. He said he fears that Buchbinder’s hate for him won’t go away once she gets out of prison.

He watched as Buchbinder was ordered to be locked up in a state prison for her plan to have him killed following a nasty legal battle over custody of their only son.

What was supposed to be a standard sentencing hearing was anything but standard, as Buchbinder made a last-ditch effort to withdraw her earlier guilty plea. She and her defense attorneys claimed that she received a contact high from inmates at Rikers Island who were smoking K2 on the day she agreed to the plea deal. She also claimed she hadn’t taken her prescribed medications that day.

“This was the perfect storm where somebody was confined for an extended period of time, during the pandemic, and finally gave up on the eve of the trial,” said Buchbinder’s defense attorney Eric Franz.

The judge didn’t buy the excuse, and handed down the punishment. However, Buchbinder likely won’t be in prison for very long, as she has already been behind bars for the past five years.

“She’ll do about four more years. She’s already served over half of her sentence,” said Monica Nejathim, an attorney for Buchbinder.

In what was a twisted and scary quest for revenge, prosecutors said Buchbinder manipulated her younger bipolar cousin to carry out the attack.

The Manhattan DA’s office said  the 52-year-old psychiatrist fed lies to Jacob Nolan, who was 19 and living with Buchbinder back in 2012. Investigators say Buchbinder bought Nolan a 10-pound sledgehammer and handed him a knife that he used to attack Dr. Weiss at his medical office.

Dr. Weiss declined to speak with reporters outside the courtroom.

Once Buchbinder gets out, she will have to be on probation for 5 years. She must stay away from Dr. Weiss but she will be allowed to make contact with the son they share.

“She loves her son, yes absolutely. There is no question about her love for her son,” said Nejathim.