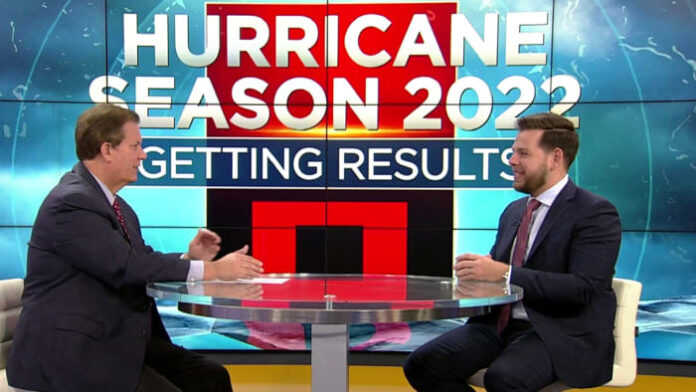 ORLANDO, Fla. – As we head into hurricane season hoping for the best, law firms dealing in property damage insurance claims are urging homeowners to prepare for the worst.

Florida can be fickle when it comes to weather, and John Tolley, a trial lawyer who founded JT Law Firm, gave the state’s homeowners tips for how they can get ready to weather the storm, especially amid rising insurance costs and property values.

Tolley broke down why you should review your insurance policy, take pictures of your property and valuables before storm season and what website to use when shopping for insurance policies.

“The issue we’re going to have this year is to see how those new laws (concerning homeowners’ insurance) last year come into effect and play into the policies this year for hurricane season because some coverages were slashed, deductibles were raised. So there’s going to be a lot of differences and a lot of things that have to be done differently as opposed to the other previous hurricane seasons,” Tolley said.

Tolley recommended that homeowners concerned about their insurance do two things: write to their local representatives and review their policies.

In addition to reaching out to the government officials bound to make the biggest changes in insurance laws throughout the next few hurricane seasons, Tolley said homeowners can learn a lot just by looking at the policy they already have.

“What you really need to look at is what are you losing in that policy by getting either a lower deductible or a smaller premium. And that’s really kind of the important thing. They’re writing out a lot of hail damage, they’re writing out a lot of wind damage, they’re forcing homeowners to go to arbitration now,” Tolley said. “So those are some things that are not advantageous to Florida homeowners. But if you don’t read your policy, or have a lawyer read your policy, you’re never going to really know that.”

Tolley reminded viewers who are perusing different insurance policies that hurricane deductibles are typically higher than any other deductibles. He also added homeowners are better off looking beyond the cost of the premium to get the most out of their money.

“The lower your premium, usually the lower the coverage. And when you have lower coverage, it’s going to cost you more. It’s expensive being cheap, right? The cheaper it is, yes, it feels great in the beginning, but then if, God forbid, that hurricane hits, we’re going to have an issue where it’s more expensive,” Tolley said.

He said the main worries in the state come hurricane season stem from rain, hail and arbitration.

“You want to avoid a policy that requires you to go to arbitration if you have a loss. And the reason for that is if you’re required to go to arbitration, it’s going to be more difficult to get a lawyer or a public adjuster to represent you and make you whole after a loss,” he said.

By then, over a decade had passed since one of the state’s last serious storms, Hurricane Wilma, hit in 2005. Because of that storm deficit, Tolley said most insurance carriers were shelling out dividends to their stockholders and shareholders, but not storing enough in reserves.

According to Tolley, the key is to find a carrier with a large amount of reserves.

He said those shopping for insurance carriers can use a website called Demotech, which shows what each carrier’s reserves are and what policies are outstanding.

In the event of a hurricane, Tolley said it’s also important to gather and protect all essential documents, including Social Security cards and driver’s licenses.

“If you recently purchased your house, like a lot of us Floridians have, you need to keep your pre-inspection report, because that’s something that the insurance company won’t turn over if you have to make a claim … definitely any type of policy documents, any type of pre-home inspection reports, and then obviously the legal documents like marriage certificates,” Tolley said.

He said the best way to preserve these documents is by putting them in a Ziploc bag before storing them in a safe. That way, if water floods your house and happens to get in the safe during a hurricane, the documents won’t be damaged.

Tolley also said it’s important to take pictures and videos of any expensive materials, electronics or equipment inside and outside your home so that if anything does get damaged in a storm and you have to make a claim, a law firm can make a better case for you.

“The biggest piece of of evidence that I can use when helping a homeowner is having pictures of what the property looked like before the loss, and then being able to show what it looks like now, right?” Tolley said. “So if you’re able to get photos of your roof, and there’s no missing shingles before the hurricane, and there’s a couple of missing shingles after I mean, you know, common sense tells us the hurricane caused those shingles to fall off.”

Those interested in more insight about how to prepare can watch the full interview with Tolley in the media player above.

For more information on the services Tolley and his law team offer, visit jtlegaloffices.com or call JT Law Firm at 855-585-2997.