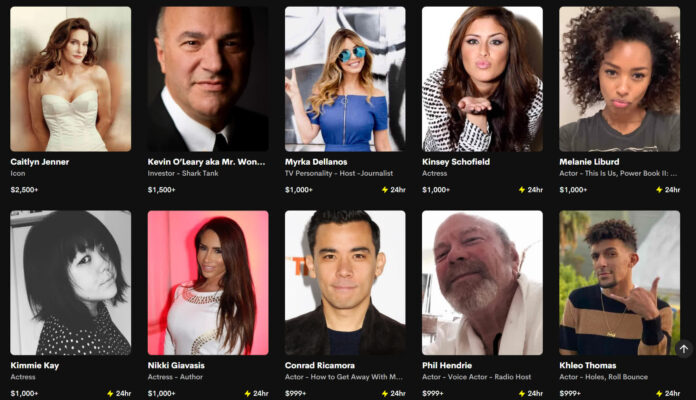 Bottom line: The pandemic was a boom time for technology companies who reaped the benefits of people being forced to stay indoors and work from home, but with most of the world now out of lockdown, many firms are feeling the effects of a changing society, including celebrity messaging app Cameo.

Cameo lets customers pay for a personalized video message from celebrities, be it for a special occasion, milestone, or just because it’s pretty cool. Prices tend to reflect the personalities’ level of fame: Caitlyn Jenner is the most expensive at over $2,500 per message, while Richard Dreyfuss and Brian Cox are both close to $700.

The lockdown saw Cameo’s popularity explode, resulting in staff numbers increasing from 100 to 400, and its revenue was 4.5 times higher in 2020 than it was the previous year. CEO Steven Galanis said the success was partly due to most actors using the platform after their movie and TV projects were put on hiatus because of Covid.

But it seems that the good times have come to an end. Protocol reports that 87 members of Cameo staff, including its CTO and CPO, have been laid off. That’s about a quarter of its total employees. The team in charge of music partnerships reportedly saw big cuts, as did its London offices and staff in sales and marketing.

“We hired a lot of people quickly, and market conditions have rapidly changed since then,” Galanis said. “Accordingly, we have right-sized the business to best reflect the new realities.”

Today has been a brutal day at the office. I made the painful decision to let go of 87 beloved members of the Cameo Fameo. If you’re looking to hire hungry, humble, smart, kind, curious, learning machines who love to win – and you see Cameo on their resume – look no further.

Galanis tweeted that the 87 members of the “Cameo Fameo” were let go and described it as a “brutal day at the office.” The post has gained some criticism for its tone and the fact Galanis is using an NFT avi that would have cost the same as three employee salaries. He was previously slammed for comparing Web3 to the colonization of the Americas—in a good way.

Netflix is another firm to see its post-pandemic popularity decline. Its user numbers fell for the first time in a decade last quarter, and it laid off the majority of staff at its Tudum fan site, begging the question: have we reached peak subscription?