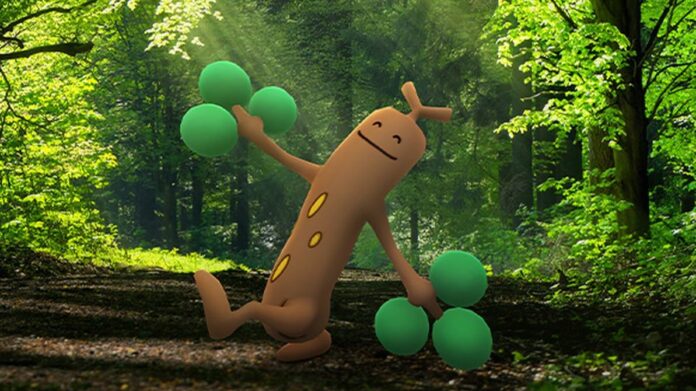 Pokémon Go has teamed up with search engine Ecosia to run a new community day event that lets you plant trees while playing the game.

In celebration of Earth Day, Ecosia says it will plant a tree for every player who jumps into Pokémon Go on April 23 – the game’s next community day – and walks at least 5km. The event will roll over to every community day until the end of July, with Ecosia committed to planting up to a total of 100,000 trees a month as part of the partnership.

You don’t have to spend your time catching pokémon to take part. Pokémon Go developer Niantic’s other augmented reality mobile games Pikmin Bloom and Ingress are also part of the event. Walk 5km in those games, and you’ll also have a tree planted by Ecosia on your behalf.

Ecosia, a self-styled “green search engine”, has made a name for itself since it launched in 2009 by promising to donate a share of its profits to global reforestation projects. It says the trees planted as part of this event will be placed in reforestation and biodiversity hotspots.

“We’re delighted to provide a simple way for Niantic’s millions of players to be climate active as they come together for Community Days over the next few months, said Ruby Au, Tree Planting Projects Network and Impact Officer at Ecosia

“Partnering with world-leading companies like Niantic enables us to continue to fund reforestation and biodiversity projects around the world to support communities and invest in our planet for the future.”

Community days have recently become a hot topic in the Pokémon Go community. Niantic angered some players by returning the monthly events to their pre-pandemic, outdoor formats. They were modified in early 2020 to run for six hours, instead of three, in an effort to encourage social distancing and prevent unnecessary mixing between players.

That’s been reversed for this upcoming April community day. The main event will run for three hours from 2pm to 5pm local time.

While some players are concerned about the inflated risks of catching and spreading Covid, Niantic says it wants to get Trainers outside, and has been keen to emphasize the social aspect of the game.

As well as Ecosia’s tree-planting event, April’s community day will introduce new Pokémon Stufful to the game, an event bundle, and the usual slate of bonus buffs.