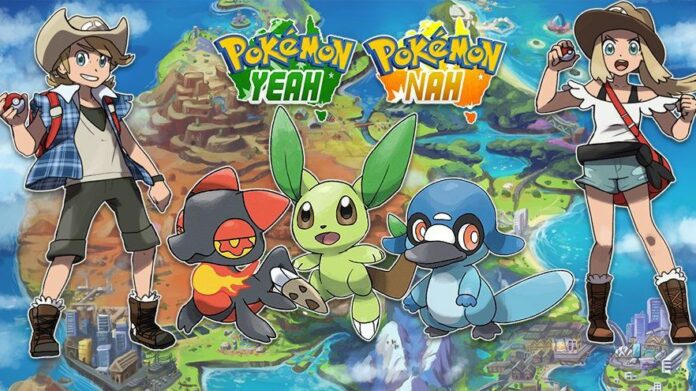 If you’ve ever wondered what a platypus- or kangaroo-inspired Pokémon might look like, this Australian fan-created ‘Straya’ Pokédex will blow your socks off.

Traditionally, Pokémon games draw their inspiration from real-world regions, and with the new upcoming Pokémon Scarlet and Violet games theorized to be based on Spain, one fan has been fantasizing about what an Australian-themed Pokémon world would look like.

Twitter user VivinkArt originally began the project in 2019 – back when Pokémon Sword and Shield were originally announced – and the resulting (and huge!) Straya-region Pokédex took over two years to finish, with VivinkArt finally able to declare it complete in February.

The prospective ‘Aussified’ titles of VivinkArt’s concept games are ‘Pokémon Yeah’ and ‘Pokémon Nah’ – a reference to the phrase ‘yeahnah’, a common piece of Australian slang that’s usually deployed when you’re disagreeing with someone.

The designs have been very well received by the gaming community, with thousands of likes and near-universal praise in replies.

The entire Pokedex is complete! Tell me, what Pokémon would be on your team? 👀 pic.twitter.com/kYNTaIogXTFebruary 27, 2022

The artist has taken iconic Aussie animals and Pokéfied them – and done such a stellar job that it’s easy to forget that it’s all fan art. Even if you aren’t fluent with all the Down Under wildlife, it is easy to recognize iconic creatures such as the grass-type kangaroo and the water-type platypus starters.

In Straya, these are some of the Aussie inspired Trainer Classes. Tradies work hard and will battle you on their lunch breaks. Rangers traverse the outback, helping and caring for wild Pokémon. pic.twitter.com/gJOLcZ1magDecember 1, 2021

Just like recent Pokémon games have iconic region-exclusive Pokémon, the artists have made region specific Doduos, Delibirds, Porygons with oddly specific Aussie references that might make you giggle.

The Pokémon fan also integrated Aboriginal culture into their concept by creating a legendary Pokémon based on the Rainbow Serpent from indigenous Dreamtime, which the player would theoretically encounter after defeating the four Elders.

The rest of the thread goes into more detail about the various Pokémon they designed, and it’s a worth reading in full to appreciate how much work has gone into the designs. VivinkArt’s Twitter feed also hosts lots of Straya-Pokémon concept art.

While this is obviously a dream concept, there’s not too long of a wait for the next mainline Pokémon game with Pokémon Scarlet and Violet, which are due out in late 2022.

This isn’t VivinkArt first foray into the world of game design. The artist is currently working on a 2D hand-drawn platformer which follows the story of an endangered red panda called Ailuri. You can find out all about the title at Vivink Studios’ website.