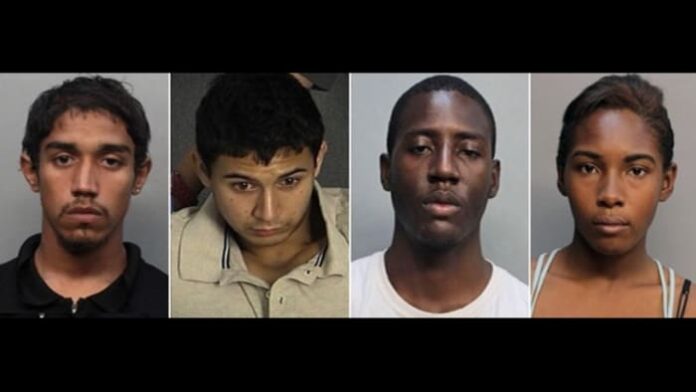 MIAMI – A woman accused of participating in the machete killing of a South Florida teen almost seven years ago is prepared to take a plea deal that would allow her to avoid a life sentence, her attorney told a judge.

Desiray Strickland was 19 when she and four others were arrested following the June 2015 death of 17-year-old Jose Amaya Guardado. Police said he was hacked to death and buried in a shallow grave in Homestead.

“I did not kill that boy, I promise!” Strickland screamed at a Miami-Dade detective in a police interrogation video.

But on Wednesday in Miami, Strickland’s attorney told Circuit Judge Cristina Miranda she plans to plead guilty to conspiracy to murder, which could send her to prison for 15 years, the Miami Herald reported.

“We were hoping to do (the plea deal) today, but some terms were changed and she wanted to discuss them with her mother and father,” attorney Scott Sakin told the Herald.

The next hearing in the case is scheduled for late June. Strickland remains in jail.

Strickland and four others were indicted by a grand jury on first-degree murder charges. Prosecutors said they killed Guardado, who was a fellow student at the Homestead Job Corps, a federally run residential school for at-risk youth.

Prosecutors said Strickland’s boyfriend, Kaheem Arbelo, swung the blows that killed Guardado, and in 2017 the state attorney’s office decided to seek the death penalty for him but not the other four defendants.

Police said Strickland and Arbelo had sex in the woods after the boy’s body was buried. And witnesses told detectives that Strickland “complained that she had missed the first series of machete strikes because she had walked away for a few minutes to urinate in the woods,” a arrest report said.

Authorities believe the teen was killed over a debt owed to Arbelo, who was a suspected drug dealer.

Arbelo, Lucas and Colon confessed when they were detained in August 2015, police said.

Lucas and Cabrera pleaded guilty to a charge of conspiracy to commit murder in 2020. Lucas was sentenced to five years in prison and 15 years’ probation. Cabrera received less punishment, the newspaper reported.

Arbelo and Colon have both been detained since August 2015, and are still awaiting trial.

For copyright information, check with the distributor of this item, The Miami Herald.