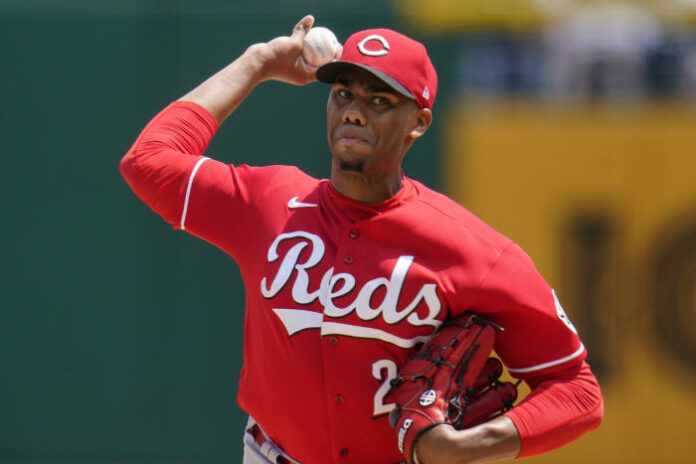 PITTSBURGH – Reds starter Hunter Greene and reliever Art Warren combined to allow zero hits in a complete game, but it didn’t count as a no-hitter — or even a win — because the Pittsburgh Pirates eked out a run in the bottom of the eighth inning for a 1-0 win Sunday.

This was the sixth time in big league history since 1901 that a team has won despite not getting any hits. It last happened in 2008 when Jered Weaver and Jose Arredondo of the Angels lost while holding the Dodgers hitless.

By Major League Baseball record-keeping rules, Cincinnati’s accomplishment isn’t an official no-hitter because its pitchers didn’t go at least nine innings. And in a season in which most everything has gone wrong for the Reds, this surely had to be the topper.

Greene, the prized Reds rookie, was pulled after a pair of one-out walks in the eighth. He threw 118 pitches, the most by any pitcher in the majors this year.

Warren walked Ben Gamel to load the bases and Ke’Bryan Hayes’ grounded into a run-scoring forceout for the only run.

Cincinnati batters went down in order in the ninth and that was it at PNC Park — no celebration for the Reds, who have the worst record in the majors.

There have been two no-hitters in the majors this season. Angels rookie Reid Detmers pitched one last Tuesday against Tampa Bay, and five Mets pitchers combined to hold Philadelphia hitless last week.