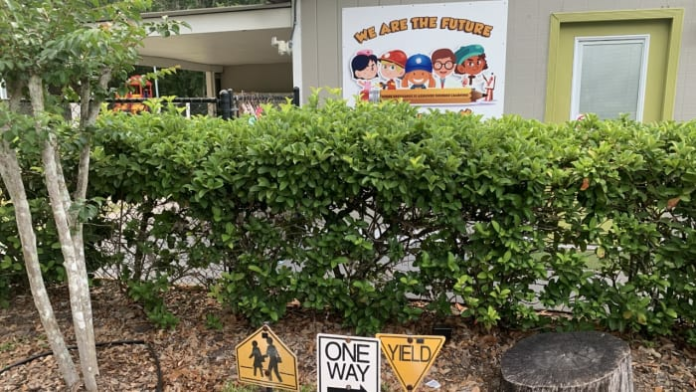 GROVELAND, Fla. – A shooting at a Groveland daycare Thursday afternoon left one person in the hospital, according to the daycare’s owner.

The owner of the daycare — We Are The Future Academy — said two brothers-in-law came by to pick up their children and got into a fight outside the office.

One had already picked up their child and was leaving the center, she said.

She said they then passed by the other family member outside the daycare, at which point a fist fight ensued.

Children were playing on the playground when employees heard a gunshot, at which point the workers started bringing the children inside, according to the owner.

Afterward, the owner stated she put the entire daycare center on lockdown to keep anyone else from getting hurt.

She said she went back outside through a separate building and saw a man lying in some bushes near the office with a gunshot wound.

The owner said she called 911, but the shooter didn’t run away or drive off — he just went to his car and waited for the police, who eventually came and arrested him.

The victim was taken to Orlando Regional Medical Center for treatment. The owner said sent a message to parents of children at the daycare to let them know what happened.

According to the owner, they had heard about family drama prior to the shooting.

Despite recent events, the daycare said it will still be open tomorrow.