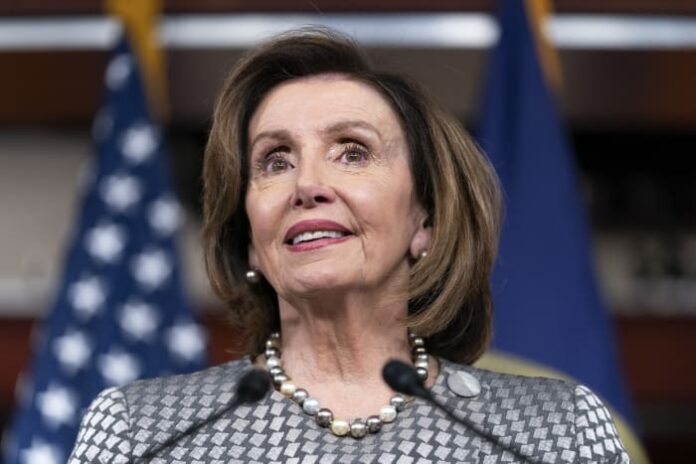 WASHINGTON – Addressing concerns about the working conditions for some Capitol Hill aides, Speaker Nancy Pelosi announced on Friday a $45,000 minimum annual salary for House staff and teed up for a vote next week a resolution that would pave the way for aides to join a union.

While jobs on Capitol Hill are highly coveted and can lead to big salaries down the road, the work often involves grueling hours and low pay in a region where steep housing costs can leave little money for other necessities.

Lawmakers set the pay for their aides. The money comes from an allowance made available to each member to cover rent, equipment, salary and other expenses incurred in performing their official duties.

Pelosi noted that the recent approval of a 21% increase in that allowance should more than cover the increased salaries. She encouraged members to use the increase “to honor the committed work of your staff members.”

“Doing so will open the doors to public service for those who may not have been able to afford to do so in the past,” Pelosi said. “This is also an issue of fairness, as many of the youngest staffers working the longest hours often earn the lowest salaries.”

The deadline for implementing the $45,000 annual minimum will be Sept. 1. The median salary for staff working for an individual lawmaker was $50,000 last year, according to the House Office of Diversity and Inclusion.

The moves from Pelosi come at a time when the Biden White House is seeking to enact policies designed to strengthen labor unions. Workers for Democratic groups such as the Democratic National Committee and the Democratic Congressional Campaign Committee have moved to unionize. And those efforts have extended to the House where Michigan Rep. Andy Levin’s resolution provides for the approval of regulations that would give staff the opportunity to collective bargain if they so choose.

It is not possible for one bargaining unit to represent all or most House employees. The collective bargaining that workers undertake would take place separately with hundreds of lawmakers and committees.

Republican lawmakers are generally opposed, calling unions impractical for congressional offices that have unpredictable scheduling changes and unavoidable turnover due to elections.

“This is a concept that can create numerous conflicts of interest and impact members’ constitutional responsibilities to the American people without the guarantee that any improvements for staff well-being would actually materialize,” said Rep. Rodney Davis, R-Ill., during a March hearing on the issue.

But in her letter to lawmakers Friday, Pelosi said congressional staffers deserve the same fundamental rights and protections as workers across the country, including the right to bargain collectively.

A volunteer group of staffers called the Congressional Workers Union has been leading the unionization efforts.

“Next week, the credibility of lawmakers will be put to the test. Will our bosses finally lead by example?” the group tweeted in response to Pelosi’s announcement.