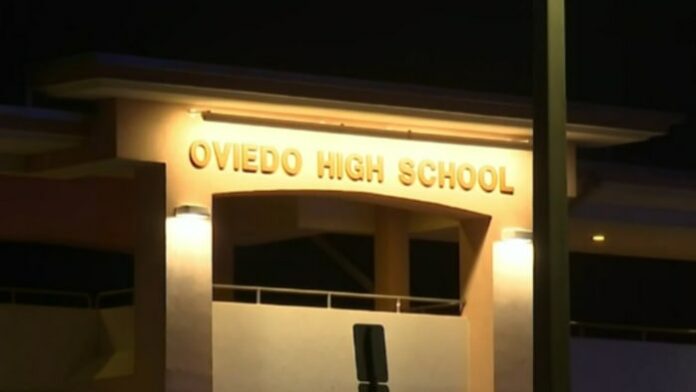 OVIEDO, Fla. – The state attorney decided not to charge a teenage boy after rumors circulated in November 2021 that he brought a gun to Oviedo High School’s homecoming dance, causing panic at the event.

According to a statement from the state attorney’s office on Thursday, charges were never filed in the boy’s case and a weapon was never found.

The boy — who News 6 has decided not to identify — was a student who had been told he was not allowed inside the dance, according to Oviedo High School Principal Trent Daniel.

After rumors spread the then 15-year-old had shown up to the dance with a gun, students were hurried out of the event and the boy was eventually arrested, according to the Oviedo Police Department.

According to investigators, at least two students said the boy had brought a gun to the dance and others claimed to have heard gunshots.

Oviedo police said the boy faced charges of disturbing the peace and trespassing on school grounds.

However, on Nov. 9, 2021, the boy was hit with additional charges including aggravated assault, improper exhibition of a firearm or dangerous weapon and unlawful possession of a firearm by a minor, despite the fact that police again stated no weapon had been found.

“We immediately — once everybody left — immediately started looking, checking the area trying to find a firearm,” Oviedo Police Chief Dale Coleman said at the time. “They did a thorough search that night but the next day, the day shift patrol along with Seminole County deputies and some off-duty firefighter from the city went up there and combed the school as best as they could and looked everywhere — even took out some metal detectors and searched high and low and didn’t find anything.”