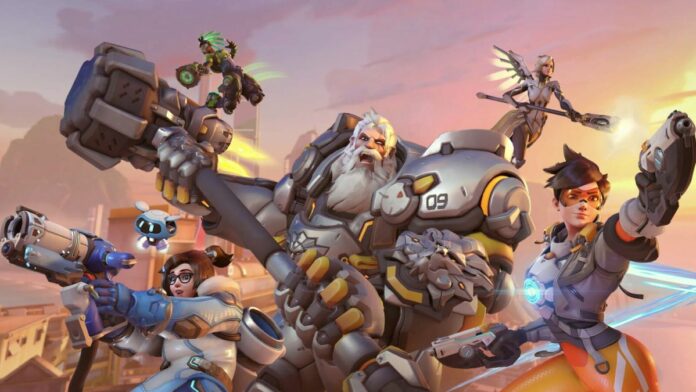 The Overwatch 2 beta is finally here and players can, at last, get a taste of how the hero shooter plays. With such a long gap between announcement and release, as well as a two-year pause on updates to the original Overwatch, there’s been an understandable drop in player numbers and viewers on Twitch. It’s fallen behind competitors, such as Valorant. The question is, will the sequel bring that audience back?

If the first day of the Overwatch 2 beta is anything to go by, the answer is a resounding “Yes”. At one point last night, Overwatch was the most viewed category on Twitch. It peaked at a staggering 510,000 concurrent viewers, the most it’s ever had. It’s looking likely it’ll peak even higher today. Can we believe the numbers, though?

In order to reach eyes, Blizzard is making use of a Twitch Drop program to get players watching. Invites to the Overwatch 2 beta were limited on launch day, and if you didn’t get picked then, the only guaranteed way to access the beta is to watch four hours of Twitch streamers between 10:00 AM PT/1:00 PM ET/6 PM BST and 6:00PM PT/9 PM PT/2 AM BST today. (For more information on how this works, check out our Overwatch 2 beta sign-up guide.) Naturally, this means there’ll be a huge boost to the number of viewers on Twitch, as players look to get into the beta log on to watch streams and get themselves an invite.

On top of that, some of the biggest streamers on Twitch are taking part in the Drop promotion, including Pokimane and XQC (who famously was part of the Overwatch League). This’ll mean that their already massive audiences, who are accustomed to more variety, will be tuned in to watch the Overwatch 2 beta.

Inflated hype has worked in the past

Of course, this will result in entirely inflated numbers for Overwatch 2’s launch, which is why you will see it flying up the most viewed leaderboards. If you only want access to the beta, all you need to do is join a stream, put it on in the background, and wait until you get beta access. Blizzard is essentially cheating the system to get Overwatch 2 to the top of Twitch, whether people are watching streams or not.

Blizzard didn’t invent this strategy. It’s been used by several of its competitors; perhaps most successfully by Riot Games when it launched the Valorant beta, which reached a staggering 1.7 million concurrent viewers (according to SulleyGnome). Players would watch streamers play Valorant and, eventually, they’d be given access to the beta; almost exactly in the same way Overwatch is operating.

It’s easy to look on Twitch Drops as some kind of trick, but it’s just a marketing tool and doesn’t indicate a game will be a flash in the pan. While Valorant’s viewer numbers aren’t at the same high as its launch, it’s still the third most-viewed video game on Twitch and achieved a healthy 157k peak concurrent viewers last month. Blizzard is gunning for the same success with Overwatch 2.

For the Twitch Drop strategy to work, Overwatch 2 still has to be good. For the game to remain a superpower in the streaming space, it’ll need to retain streamers and more importantly, everyday gamers.

While Blizzard is cheating the system here, having that many eyes on Overwatch 2 should make the audience stick. Sure, it’s inflated hype, but that’s better than none. Speaking as a devoted Overwatch player, it’s wonderful to see the game so alive again after all these years.