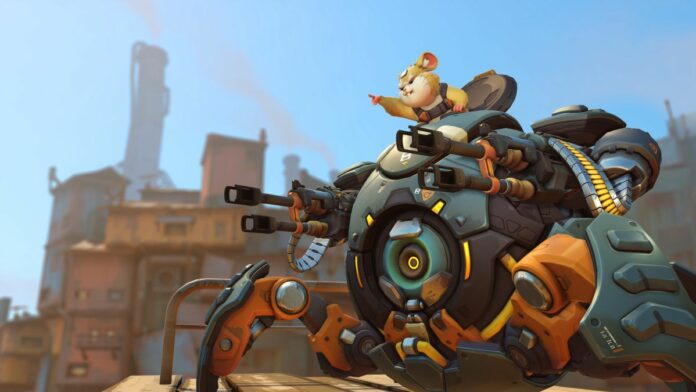 Wrecking Ball has been disabled in the Overwatch 2 beta due to a bug that allowed him to kick every other player from the game.

Sometimes Overwatch games are frustrating, from your team not working together, to the other team being full of high-ranked players. Sometimes you would just like a quick reset of the servers and reshuffle of the players. Well, briefly, Wrecking Ball had that power.

The exploit cropped up in the Overwatch 2 beta and gave the tank hero the ability to kick out every other player from a match. And it was surprisingly easy to trigger. All you had to do was look directly at the floor and use Wrecking Ball’s grapple hook. This would then send all of your teammates and enemies out of the server, leaving you all on your own.

You can see this in action, as demonstrated by streamer Mathew ‘Super’ Delisi . After it worked, he vowed not to do it again – supposedly to not get into trouble.

Thankfully, this exploit didn’t last too long. Blizzard stepped in and has removed Wrecking Ball from Overwatch 2 for the time being. The official Overwatch Twitter account tweeted out:

[OW2 Beta]Wrecking Ball’s powers are a bit too strong on the Beta server.🐹We’re disabling him immediately while we work to address a bug that allowed him to cause other players to crash.May 3, 2022

When is Wrecking Ball back in Overwatch 2 beta?

It’s not clear when or if Wrecking Ball will be reinstated before the Overwatch 2 beta ends on May 17 – and interestingly, whether he will be available to pick for Overwatch League players when the competition starts on May 5.

For now, the damage seems to be minimal, since the beta doesn’t have a competitive mode and players exploiting this were only doing so in the equivalent of Quick Play. Still, it’s annoying to be thrown out of a game, especially if you’ve been waiting a while in longer queues trying to play tank or damage roles.

Of course, bugs like this are to be expected due to Overwatch 2’s beta status. It’s clear that the title is far from complete, with a lot more content expected, from new maps, modes, and heroes, and an extensive PvE mode, but that also extends to the level of polish in the game.

It’s unlikely this will be the only major bug found during this beta, and we can expect to see more bugs as future betas launch. Hopefully finding these exploits now will make the launch of Overwatch 2, whenever that is, a smooth experience.