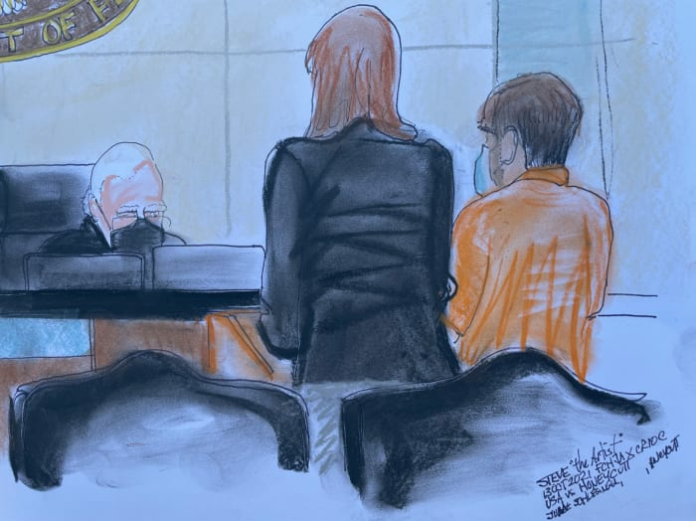 JACKSONVILLE, Fla. – An Orange Park man and former bail bondsman charged in the Jan. 6, 2021 riot at the U.S. Capitol and was sentenced to three months in prison on his guilty plea to violent entry to the Capitol and disorderly conduct.

Adam Honeycutt, 40, was sentenced in October to 18 months in federal prison by Senior District Judge Harvey Schlesinger after he was found with four unsecured handguns and marijuana in his home in February.

Honeycutt faced a minimum of 30 months in prison based on the charges, but Judge Schlesinger chose to reduce the sentence based on positive letters from the community along with the fact that he contracted COVID-19 and was attacked in a county jail during his time in custody.

In the separate case related to the Jan. 6 riot, Honeycutt’s lawyers asked for time served, saying he went to Washington to be part of history, not infamy, and never planned to storm the Capitol and just followed the crowd. His lawyers said he knows what he did was wrong, and for that he’s ashamed.

The government said Honeycutt deleted Facebook posts from Jan. 6 to minimize his involvement. The Department of Justice said he helped pass a wooden plank to other rioters battling police and then climbed through a broken window.

The government asked for three months in prison, and the judge went along with it.

Honeycutt is one of eight Jacksonville-area people arrested in the Capitol riot. Four have now been sentenced, three cases are still pending. One man died before his case could be adjudicated.

Investigators said that multiple confidential sources reported photos and videos that Honeycutt posted on his Facebook page showing him at the Capitol during the riot. One photo shows a gloved hand holding a broken piece of furniture with a sticker reading “U.S. Senate Sergeant at Arms.” According to court documents, there is also a video recorded outside the Capitol where he said, “It’s about to go down!” Another video recorded inside the Capitol shows him, saying, “Well, made it in,” court documents show.