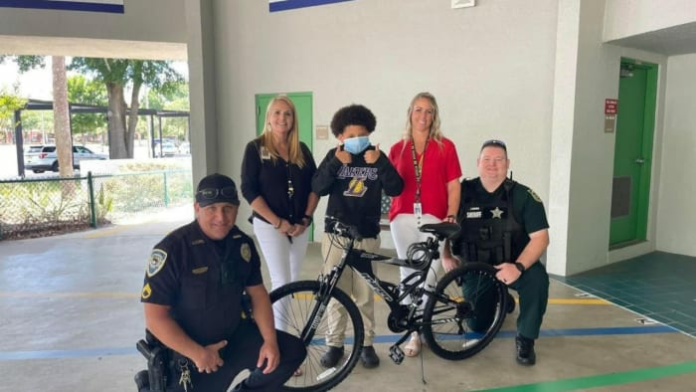 The teachers told Gentile that the student used the bike to get to and from school, but he could no longer ride it because the seat was broken, ASPD said.

Gentile went to go look at the bike, only to find out someone had taken it, police said.

After discovering this, Gentile reached out to several of his contacts to see what he could do and received an overwhelming amount of support — enough to buy a brand-new bike for the Forest City student.

The next day, Gentile, the two teachers and an Orange County deputy surprised the fifth-grader with the new bike — this time with a lock.