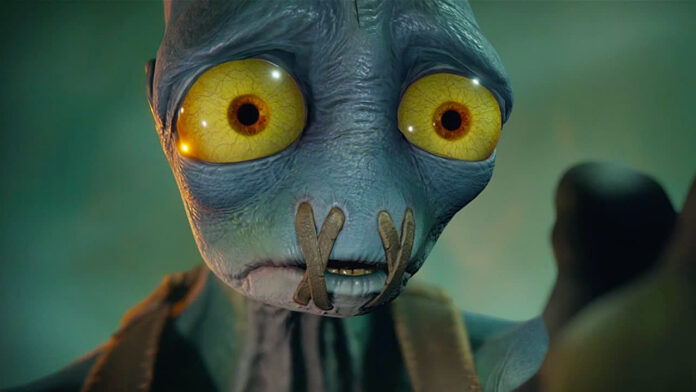 In a nutshell: Allowing games onto subscription platforms like Xbox/PC Game Pass and PlayStation Plus can be a blessing and a curse. For Lorne Lanning, the creator of the Oddworld series, Sony’s service was definitely in the latter camp due to the “devastating” effect it had on Oddworld: Soulstorm’s sales.

Lanning, speaking on the Xbox Expansion Pass podcast this week (via VGC), said that studio Oddworld Inhabitants had expected Oddworld: Soulstorm to be downloaded around 50,000 to 100,000 times during its run as a PS Plus Free Bundle game, but it was actually downloaded 4 million times.

Attracting millions of downloads might be good for a game’s popularity, but it’s always going to have an impact on full-price sales. A “double-edged sword,” as Lanning calls it.

If you’re wondering why Lanning opted to put Soulstorm on PS Plus, other than expecting it to receive fewer downloads, he says it was necessary to get the project done.

“We were hitting a number of legacy technical debt issues and talent issues and you know, the game industry is emerging fast, huge companies are paying fortunes,” he said.

Another factor was that there weren’t many PS5 consoles available in January 2021. “The most we could sell is less than the money we’re getting […] We might sell 50,000 units at launch, maybe 100,000 units. It was pretty small numbers because there wasn’t going to be a lot of PS5s.”

But Stoulstorm’s release date changed, something Lanning believes resulted in many more downloads than he anticipated. “Because it slipped to April, we had the highest downloaded game on PS5 and it was, I think, approaching […] close to four million units or something like that for free because they were all subscriptions. So for us, it was devastating.”

It’s understood that Sony pays developers a flat fee for allowing a game onto PlayStation Plus, much like Microsoft, which reportedly paid between $5-10 million to get Guardians of the Galaxy onto Game Pass.

Sony recently announced that it would be responding to the success of Microsoft’s Game Pass by combining PlayStation Plus and Now into a new PlayStation Plus service with four membership tiers. They offer access to a catalog of PS4 and PS5 games, as well as streaming and download options from the original PlayStation, PS2, and PSP generations.