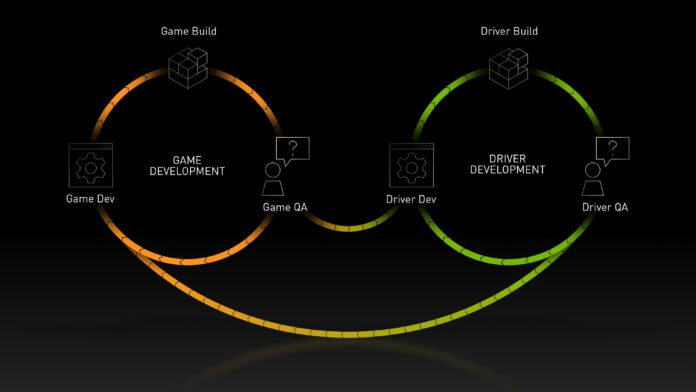 The big picture: Nvidia’s Game Ready Drivers program is now seven years old, and the company is using this occasion to criticize AMD for offering comparatively worse software support for its products. Both companies have spent years perfecting their GPU drivers, so Intel has a lot of catching up to do as it steps into this arena.

This week, Nvidia released its latest GeForce Game Ready driver with support for ray tracing in Chernobylite, certifications for new G-Sync monitors from Asus and Samsung, as well as performance optimizations for Dune: Spice Wars and Vampire: The Masquerade – Bloodhunt, which are available in early access.

Team Green used this occasion to celebrate seven years of Game Ready driver development. The company is touting over 150 such drivers released to date with support and optimizations for over 400 games. GPU drivers are a crucial part of the tech chain that makes gaming possible on PC, and Nvidia senior product manager Sean Pelletier points out they are a monumental development effort that keeps growing every year.

In 2021 alone, Nvidia released 20 Game Ready drivers with support for no less than 75 titles, as well as evolving game engines like Unity and Unreal Engine. Delivering optimizations for new games on time requires a deep level of collaboration between Nvidia engineers and game developers, with a constant feedback loop for pre-release drivers.

Previously, Nvidia would wait until a game’s launch date was close before testing new drivers. In recent years, the company has transitioned to a development schedule that aligns with that of games so that work on driver support is usually ready just in time for the launch of those titles. And optimization work often continues after a game is released.

Testing involves a whopping 4,500 different desktop and laptop PC configurations, including hardware that’s now a decade old. Nvidia says it does 1,000 tests a day across a variety of games, with 1.8 million hours of testing recorded in 2021 alone. Every driver that passes Nvidia’s test must then go through Microsoft’s WHQL certification process that involves a battery of over 1,300 tests.

Image: Nvidia’s Nsight Graphics software, which is used to identify and remove performance bottlenecks, frametime inconsistencies, and other issues

Nvidia also claims it’s the only GPU maker that goes through the WHQL process with every driver, taking a not-so-subtle jab at rival AMD, which is notorious for releasing many beta drivers and having a relatively slow cadence for stable releases. Nvidia goes on to explain that it doesn’t release “sub-par beta drivers with minimal testing, let alone multiple conflicting beta drivers forked from different development branches that support different games and products, which confuse customers.”

Of course, the remarks are not completely unwarranted. AMD’s latest GPU drivers have a tendency to reset Ryzen CPU overclock settings and can even silently activate an automatic overclock feature called Precision Boost Overdrive. However, Nvidia has released non-WHQL drivers in the past, sometimes with equally bad results. To the company’s credit, it was quick to fix those issues, while it takes days or weeks for Team Red to come up with a fix for glaring issues.

Back in February, AMD released a driver update numbered 22.2.2 for its RDNA 1 and RDNA 2 GPUs, with performance optimizations ranging from 10 to 24 percent in select titles. At the time, Terry Makedon, who is the senior director of AMD’s user experience engineering team, noted it had been 20 years since the company started pushing regular driver updates.

In the meantime, the Pat Gelsinger-powered Intel is trying to get its Arc Alchemist GPUs ready to compete with AMD and Nvidia offerings. As you’d expect, a major obstacle so far has been proper software support for the new hardware. The success of these upcoming GPUs will depend a lot on whether Intel can quickly catch up with its competitors in this space, both of which have spent many years perfecting their drivers.