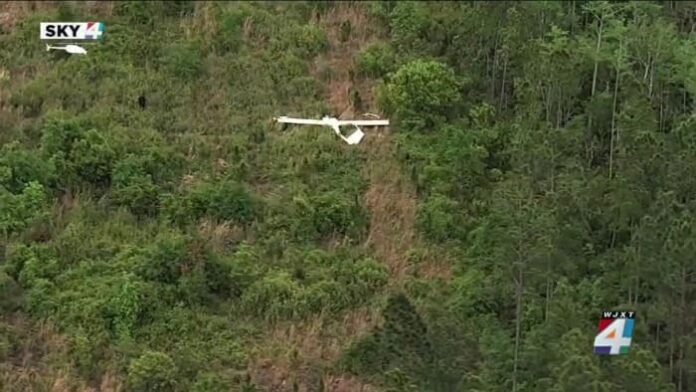 JACKSONVILLE, Fla. – The National Transportation Safety Board released its preliminary report on a glider crash last month near the Herlong Recreational Airport that killed the pilot.

The report suggests that the glider crashed because the pilot didn’t assemble it correctly.

The crash was reported around 1:15 p.m. April 16 in the thick underbrush next to the woodline surrounding the airport on Normandy Boulevard.

According to the NTSB preliminary report, the pilot, identified by the Jacksonville Sheriff’s Office as a 66-year-old man, brought the glider components to Herlong that day and assembled it himself. When he was in the air being towed, the glider was seen to be climbing and then descending. The glider pilot was heard on the radio telling the tow pilot to “take it easy … something is not right,” and seconds later, the glider pilot was heard telling the tow pilot to release.

The report states the tow pilot didn’t see what happened — he only saw the glider in the trees near the runway.

But another pilot told NTSB that he saw the entire sequence. That pilot said, once released, the glider “stalled and nosed over” and then went into a secondary stall and crashed, hitting the ground with its left wing first, according to the report. The tail section separated on impact, the report shows.

NTSB says it found that the glider’s elevator control “was not connected as required by preflight assembly procedures” and that “no evidence of a spring clip of other securing device was observed.”