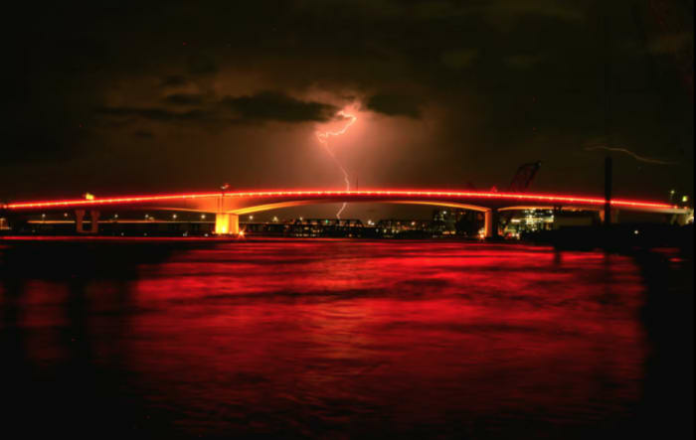 A phenomenal storm complex lit up the sky with hundreds of lightning strikes as it moved south along Highway 301 Tuesday night. The vivid display was captured by several SnapJax photographers who trained their cameras on the arching electrical streaks cutting the darkness.

Abundant lightning resulted from colder temperatures aloft caused by a passing pocket of energy called a shortwave. This increased the electrical charge inside the thunderstorm between ice crystals and water droplets. 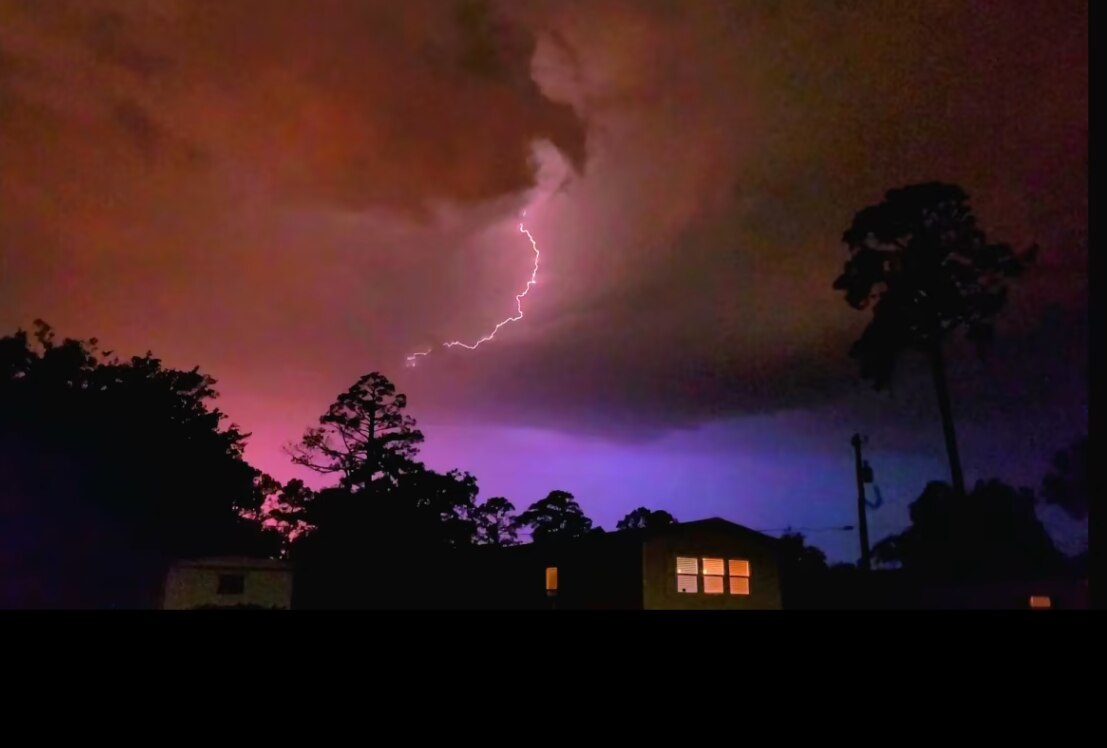 The lightning was captured from space by the International Space Station (ISS) along with a fixed satellite hovering over the equator.

The Lightning Imaging Sensor on the International Space tracked the lightning flashes in the Atlantic after pushing away from Jacksonville.  It orbits the planet at an altitude of 250 miles, much closer to the earth compared to the fixed GOES-16 satellite positioned over the equator 22 thousand miles high resulting in a resolution twice as sharp as the higher satellite.