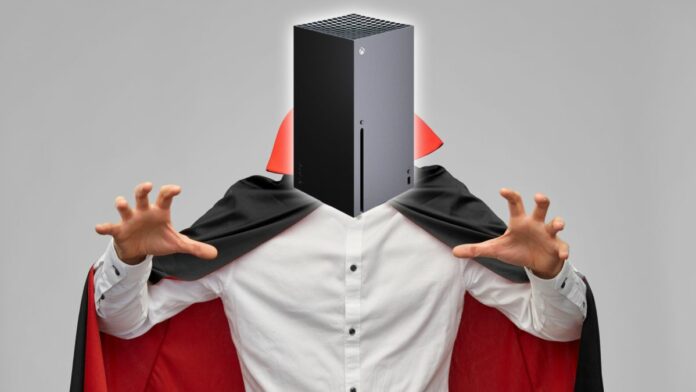 Big companies are always blaming video games for something. Usually, it’s violence, as any long-term player will tell you. But rising energy bills is definitely a new one. This time around, British Gas has claimed that turning off ‘vampire devices’ could save you “an average of £147 per year” or $183.

Outlined in a BBC News report, British Gas advised customers to check which devices are being left plugged in – laptops, TVs, phones, consoles, you know the drill – and turn them off to save money. It’s standard advice, but given UK’s recent cost of living crisis, it’s gone down like a lead balloon with many calling these figures inaccurate.

As spotted by Eurogamer, one response reads: “This is factually incorrect and is shameless scaremongering by British Gas. TVs have been required by law to use 0.5 Watts or less per hour in standby since 2013. That’s 4.38kW per year. With electricity at 30p/kW, it will cost £1.31 per year. Saying it costs £24.61 is a lie.”

Hats off to the British Gas PR staffer who convinced the BBC to run this, uhh “internal research” document as straight-faced news, and not a transparent attempt to blame consumers for high energy prices https://t.co/A83iFg7RKpApril 27, 2022

For the unaware, we’ve seen some awful cost of living increases in the UK recently, which has significantly impacted Britain’s poorest. Rent costs are rising, food prices have increased by 6% on average, and general inflation is up by 7%. Yet perhaps unsurprisingly, average wage increases don’t match. Soaring gas and electric prices are one of the most pressing concerns, thanks to an increase in Ofgem’s price cap this month.

Given this context, British Gas has been criticized for deflecting high bill price blame onto consumers and, in my opinion, rightly so. For clarity, I’m not a British Gas customer but my own electric bill is seeing an £80 rise in June to £157 each month (around $195), and that’s just for a two-bed flat. People everywhere are being squeezed and blaming video game consoles for this increase is, frankly, ridiculous.

What energy saving settings do I have on consoles?

Times are hard but that doesn’t mean you should shut off your home entertainment entirely. There’s only so much money turning off devices can do when they’re not being used. So, if you’re looking to find ways at reducing your electric bill when gaming, there are a few things you can do.

Beyond turning down the screen’s brightness or putting it in ‘Flight Mode’, there aren’t many options specifically on Switch, though Nintendo’s revised models significantly decreased power consumption. When carrying out a power-draw test, Digital Foundry discovered some gaming scenes used 40% to 50% less power on these newer variants, as opposed to the original Switch.

On both PS4 and PS5, you can go into System Settings > System > Power Saving and Rest Options, though there isn’t much here. All this provides is options for automatically putting your PS5 into Rest Mode after a certain time, choosing what features are available in Rest Mode like USB charging, and how long before controllers will automatically turn off. There’s also automatic screen dimming when your PS5 is inactive.

However, Xbox Series X|S consoles go significantly further thanks to Energy Saver mode, which was recently updated to let you download system and game updates. Using 20 times less power than Standby mode, it’s also the default option when players initially set up their console too. The only trade-off is waiting a few seconds longer to load your console but personally, I’ll take the hit. I’m just pleased such action is being taken by Microsoft.

You can certainly save a couple of quid over the course of the year by keeping your devices switched off, but don’t be fooled into thinking it will suddenly save you loads of money. The BBC’s report is the equivalent of telling people that if they cancel their Netflix subscription, they’ll be able to afford a house in a couple of years. Good one.