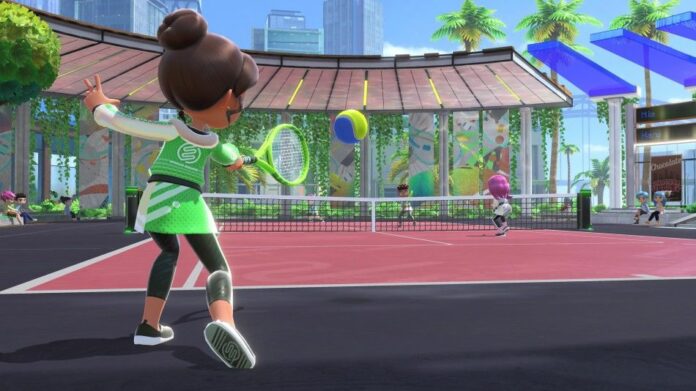 The recently released Nintendo Switch Sports is all the rage right now, proving that there’s still a very sizeable audience for motion-controlled virtual sports. Its popularity has come at a cost, however, with several incidents of players unintentionally launching their Joy-Con controllers at their expensive TVs and monitors surfacing online.

We previously reported on warnings for Nintendo Switch Sports posted to the publisher’s Japanese Twitter account that urged players to exercise caution by keeping a good distance from other players and their TVs. it also reminded them to ensure that the Joy-Con’s wrist strap is firmly fastened and locked into place during play.

These warnings appear in the released version of Nintendo Switch Sports, but don’t seem to have entirely prevented players from breaking their TVs and monitors. This is aptly demonstrated in the video below that features streamer 63man looking utterly distraught after accidentally launching his Joy-Con at the monitor he was playing the game on (thanks, Kotaku).

The unfortunate incident shown above echoes similar accidents many of us experienced while playing 2006’s revolutionary pack-in title Wii Sports. Even though the Nintendo Switch’s Joy-Con controllers are significantly smaller and less weighty than a Wii remote, they’re clearly still capable of causing property damage at the right velocity.

And just like back then, it seems people haven’t lost their appetite for posts about broken TVs or monitors as a result of playing Nintendo’s motion-heavy games. This post on the Nintendo Switch subreddit is just one of many viral examples.

It’s also arguably a bigger problem today than it was back in Wii Sports’ day. Modern displays, including the best 4K TVs you can buy, are unsurprisingly expensive. And their slim builds make them especially susceptible to damage from a rogue Joy-Con-shaped projectile.

Speaking from experience, it’s still very easy to have your grip on the Joy-Con slip in Nintendo Switch Sports, especially during intense Tennis rallies. I’ve managed to lose my grip on the Joy-Con after a swing of the petite controller a couple of times now. Thankfully, my LG OLED CX remains undamaged thanks to the Joy-Con’s sturdy wrist strap that prevented the controller from flying out of my hand.

As long as Nintendo Switch Sports maintains a healthy player base, then, we’re likely to see a constant stream of viral accident videos and screenshots posted online. And as the game is set to receive robust post-launch support in the form of new sports and cosmetic items, it’s likely that it’ll remain at least somewhat popular in the months and years to come.