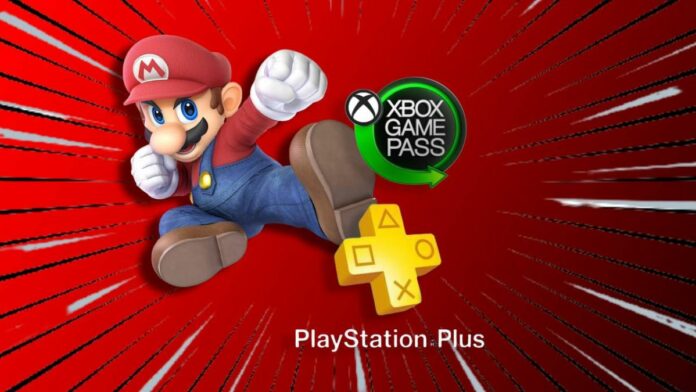 Nintendo hasn’t had the best track record when it comes to its online services, but with Nintendo Switch Online – particularly the new Expansion Pack tier – I think they might have cracked it. Or at least found a happy middle ground…

Not only was the addition of Mario Kart 8 Deluxe, Animal Crossing: New Horizons and Splatoon 2’s DLC an extremely shrewd move, but the library of N64 and Sega Genesis games continues to grow at a surprisingly steady rate.

From Banjo-Kazooie and Mario Golf to the recent additions of Sonic The Hedgehog Spinball and Dynamite Headdy, Nintendo is giving subscribers bona fide classics to play each and every month, many of which have been given a new lease of life thanks to online multiplayer support. (Seriously, if you haven’t played Mario Tennis against a friend yet, I implore you to do so. It’s tremendous fun.)

Nintendo has also addressed initial complaints about the state of Switch’s emulation, which came under fire early on.

The games are coming thick and fast

Crucially, though, Nintendo has also dodged the previous pitfall that hampered the Wii U’s Virtual Console. It’s no longer drip-feeding games onto the service at a glacial pace, and because they’re all included as part of a Nintendo Switch Online subscription, you don’t need to stump up the cash to play The Legend of Zelda: Majora’s Mask for the umpteenth time.

There’s obviously no guarantee that Nintendo will continue this encouraging start, but it’s pleasing to see nonetheless. The fact that there are now well over 100 SNES and NES games available – something which even regular Nintendo Switch Online subscribers can access – also gives me hope that the Switch will at least come close, or at least provide a genuine alternative, to the Wii’s legendary Virtual Console.

The long-rumored additions of the Game Boy, Game Boy Color, and Game Boy Advance would certainly help, of course. If Nintendo can add three new platforms to its service, and include online multiplayer as you’d expect, then the value of the Nintendo Switch Online Expansion Pack becomes even clearer. The Analogue Pocket has shown that there’s still a very real desire to play Game Boy and GBA games, and having them all on Switch would be far more convenient and cost-effective to boot. Collecting retro games isn’t cheap after all.

More than just a nostalgia grab

But it’s not just the appeal of playing storied games from Nintendo’s past that’s helping Switch Online establish itself. The Kyoto-based company has made a very clear commitment in the last few years to including online multiplayer in basically all of its marquee titles – something it was previously reluctant to do.

Nintendo Switch Sports is a prime example and has all the ingredients to be a smash hit when it comes to competitive online play. Throw in Mario Strikers: Battle League, Splatoon 3, and Advance Wars 1+2: Re-Boot Camp, and you’ve suddenly got an extremely strong case to play your Switch online that doesn’t just include Mario Kart 8 Deluxe and Super Smash Bros. Ultimate.

That being said, there’s no denying that Nintendo’s online offering still pales in comparison to what we’re used to on PS5, Xbox Series X|S, and PC. Voice chat requires the frankly pointless Nintendo Switch Online App, you can’t send instant messages or share content directly with your friends, and you won’t find Nintendo games using blazing-fast dedicated services, either.

To make matters worse, even the Wii U had a stronger online component than the Switch. You didn’t need Friend Codes for one, you could video chat and voice chat using the Wii U GamePad, and it was home to the best social network ever created: the wonderful and sorely missed Miiverse.

And when it comes to sheer value? Well, your mileage will vary depending on how much affinity you have to Nintendo’s back catalog of older titles. Xbox Game Pass Ultimate is unlikely to be dethroned as the current champ when it comes to value anytime soon, even by Sony’s new PS Plus.

However, even though it’s taken a few years longer than I would have liked, it’s now becoming clear that Nintendo does have an online strategy for Switch. By including proper online support in its first-party titles, DLC for its most popular games, and an excellent library of retro games that also let you play with friends, the company is managing to chart its own path in the online space in a uniquely Nintendo way.