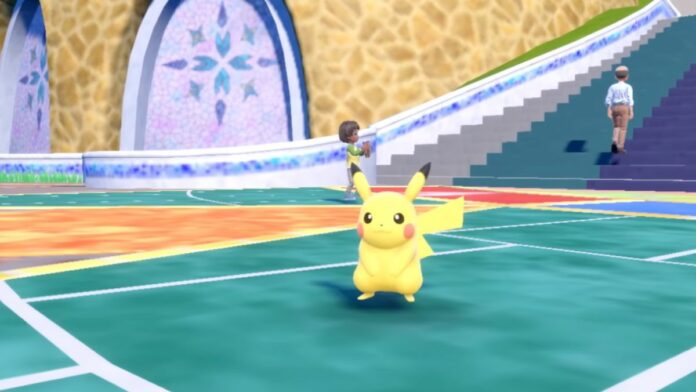 Nintendo looks to be gearing up to release more details on Pokémon Scarlet and Violet, having launched a new webpage for you to register your interest in the game.

The page is pretty bare right now, but lets you pen your name to the Pokémon Scarlet and Violet mailing list, so you can get your hands on all the latest details for the game as they’re announced.

It also reaffirms the next installment in the Pokémon series will be an open-world adventure that’s due to release later this year.

What will Nintendo reveal

Announced earlier this year following the release of Pokémon Legends: Arceus, Pokémon Scarlet and Violet is still a bit of mystery. The next mainline entry in the Pokémon video game series, it’s being pitched as a “new evolutionary step” that will introduce the ninth generation of pocket monsters.

Combining elements of Arceus’s fluid open-world gameplay with the more typical creature-catching components of past Pokémon games, you’ll be able to explore “freely in a richly expressed open world”. That means can transition between towns and wildernesses seamlessly. No more waiting to load up each new area you come across, the exploration sounds as fluid as what you’d find in other sandbox games.

Just how that will play out is yet to be seen, and we’d bet that this new approach to open-world gameplay will be one of the first features Nintendo explores in its future updates. Fans will be keen to know how towns are seamlessly blended with the wider world, and how large that world really is.

From what we’ve seen so far, the world looks fairly expansive. In the Scarlet and Violet announcement trailer, we spotted grasslands, wetlands, cityscapes, deserts, and tropical beaches, so it looks like there are a fair few biomes to discover.

We’ve already had a glimpse at its three new starting pokémon – Sprigatito, Quaxly, and Fuecoco – and a rundown of their abilities, but we’re yet to see any other of the new ‘mons that will be added in Generation Nine. Each generation usually adds around 100 new pocket monsters to catch, so we reckon Nintendo will be drip-feeding them to us for a good long time.

Of course, we’re also waiting for Nintendo to confirm Pokémon Scarlet and Violet’s release date. Right now, we only know it’s coming out in late 2020, which probably translates to sometime after August. The launch date of Pokémon Legends: Arceus was announced a good five months before the game was released, so Nintendo may give us a long heads-up.