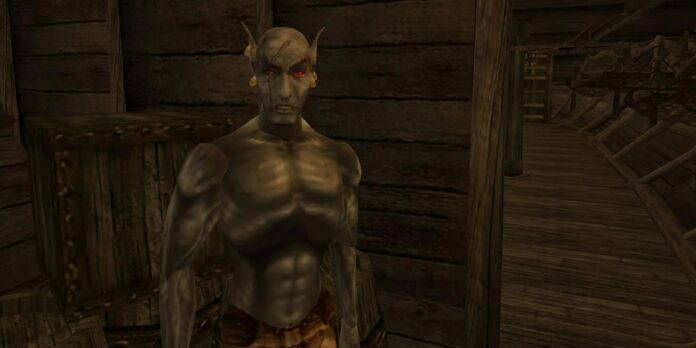 In context: When you think of Elder Scrolls games that are still alive today, Skyrim and maybe Oblivion are probably the only ones that come to mind. However, even older titles like Morrowind are still getting attention. Not from Bethesda, but certainly from users. Indeed, thanks to the many graphical mods, gameplay overhauls, and bug fixes the modding community has put out, Morrowind still maintains a userbase.

And that userbase might grow if recent developments in the modding community are any indication. Two separate modding projects are joining to create one of the most ambitious combined mods we’ve seen in a long time: TES3MP VR. The two mods being slapped together here are OpenMW VR, which lets you play Morrowind in VR (an offshoot of the OpenMW project), and TES3MP, a multiplayer mod that’s been out for years.

Yup, you read that correctly. Over two decades later, Morrowind is playable not just online with your friends but in VR with your friends. It’s doubtful that any of the game’s original fans and modders could’ve anticipated this outcome, but here we are. Nobody can accuse the Elder Scrolls modding community of being lazy.

The latest release of TES3MP VR is available for download now over on Github. Note that you’ll need both the VR and non-VR version of TES3MP if you want to host your own server — if you’re just playing on someone else’s, feel free to stick with the former.

As a side note, OpenMW is not technically a traditional mod for Morrowind. Instead of replacing assets, sounds, or adding new content, OpenMW replaces the entire engine! This allows the OpenMW team to implement physics and AI improvements, enhanced distant terrain rendering, and “quality of life” UI changes. The engine also promises “virtually no engine bugs,” since it’s not inheriting any from the original game.

If you just want to toy around with the base version of OpenMW, the developers have created a helpful installation guide for you to peruse. You’ll still need a legal copy of Morrowind to use OpenMW since it does not include any game assets. Fortunately, it goes on sale frequently and can be had for just $6 on GOG right now.