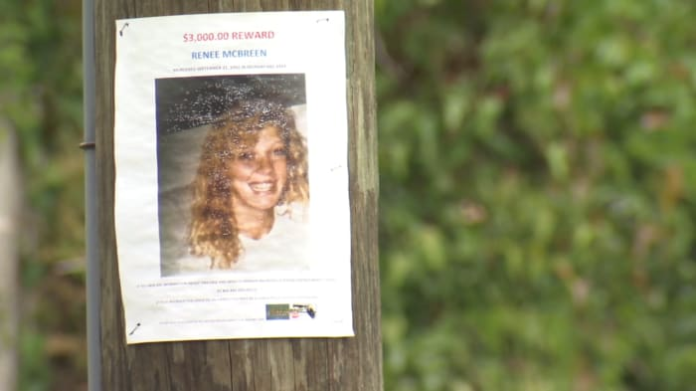 JACKSONVILLE, Fla. – Just days before Mother’s Day, a Jacksonville man is making a renewed push to find his mother’s killer.

On Sept. 21, 1992, Renee McBreen was murdered. Caleb Flanigan says she died when he was just 3 years old.

They lived together in their Murray Hill home, and he was the only other person in the home that night.

“Renee was married, and her husband was in the Navy and was in school out in Colorado.” explained Detective Ray Reeves, with the Jacksonville Sheriff’s Office.

“He was there for, I believe it was about 18 months,” Reeves added. “He had been there for part of that time already, but he periodically, obviously calls back in to check on Renee and Caleb as well.”

Investigators say that when McBreen’s husband called to check in on the 21st, Flanigan answered, telling his father that he could not wake up “Mommy.”

“It wasn’t until I believe 11 a.m. the next day or 12 o’clock that the police were called for the welfare check, and they found her and me,” Flanagan said. “So, unfortunately, the cops had to, I couldn’t open the door for whatever reason, and they had to break in from the back.”

Officers found McBreen’s body in the living room near a coach.

“A coffee table had been broken,” Reeves noted. “And then her placed in the living room.”

“We could submit what had been previously submitted, but testing is at a new place now. We also saw that there’s some things that had never been tested,” Reeves said.

“To rob a son of a mother’s love,” Flanagan said. “I think it’s got to be one of the worst things in the world.”

“I would’ve loved to know what she could have told me, you know, what advice would she have given me? Would she be proud of me today?” he asked.

If anyone has information about this case, they are encouraged to call JSO or Crime Stoppers to remain anonymous.