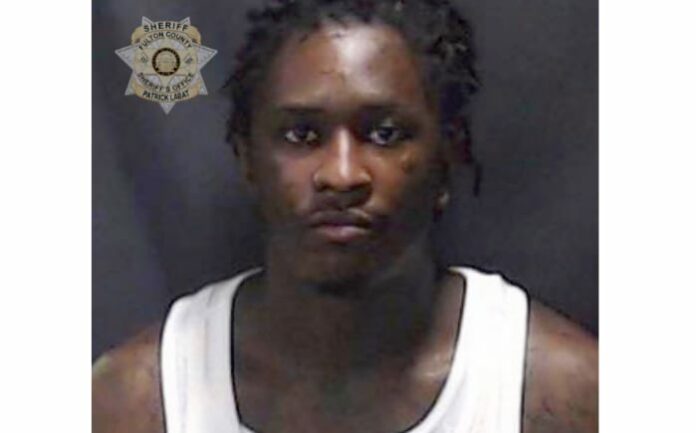 ATLANTA – Attorneys for Young Thug, who was arrested this week under an indictment accusing him of co-founding a violent street gang, filed an emergency motion Friday seeking bond for the Atlanta rapper, calling his confinement “inhumane.”

The performer, whose real name is Jeffery Lamar Williams, was arrested Monday at his Atlanta home. He’s one of 28 people indicted in Georgia’s Fulton County on racketeering charges. Prosecutors say the gang committed multiple murders and shootings over roughly a decade.

The Atlanta Journal-Constitution reported that the bond motion was filed Friday. In it, Young Thug’s lawyer, Brian Steel, said his client has spent the past four days in isolation “as if he is a forgotten person alone in the world,” according to that and other local news outlet reports.

The motion seeks better conditions and contends that overhead light is kept on 24 hours a day, preventing Williams from sleeping, the newspaper reported. Williams’ attorneys also said he is being served “inedible” food, and hasn’t been given the opportunity to exercise, shower or interact with anyone other than his lawyers.

Williams remains held at the Cobb County jail as he awaits a bond hearing in Fulton County Superior Court.

The Cobb County Sheriff’s Office has said Williams is being held in administrative solitary confinement for his own safety, and that the lights stay on so officers can check in and make sure that he is all right, according to news outlet WSB-TV.

The 88-page indictment filed Monday in Georgia’s Fulton County quotes lyrics from multiple music videos as evidence and accuses alleged gang members of committing violent crimes to collect money for the Atlanta gang, promote its reputation and enhance its power and territory. It also alleges that Young Thug rented a car that was used in a gang murder.

Steel, the rapper’s lawyer, had earlier told news outlets that “Mr. Williams committed no crime whatsoever” and he would “fight till his last drop of blood to clear him.”

Also charged in the indictment was rapper Gunna, whose real name is Sergio Kitchens. Gunna was booked into a jail in Atlanta on a racketeering charge Wednesday. It was not immediately clear whether he had a lawyer who could comment on the charge he faces.

Among his other successes, Young Thug co-wrote the hit “This is America” with Childish Gambino, making history when it became the first hip-hop track to win the song of the year Grammy in 2019.

For copyright information, check with the distributor of this item, The Atlanta Journal-Constitution.