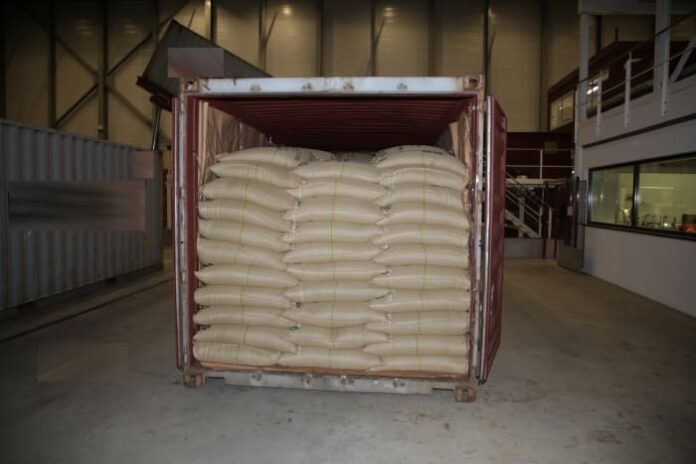 GENEVA – Swiss police say an investigation is underway after workers at a Nespresso warehouse in western Switzerland found 500 kilograms (over 1,100 pounds) of cocaine, with a street value of $50 million, as they unloaded coffee beans that had arrived by train.

Regional police in Fribourg said late Thursday they were alerted Monday by the company to the discovery at the facility in the town of Romont and immediately set up a “broad security perimeter” around it with a large deployment of officers. Customs and border control agents were called in.

Early indications were that the shipment turned up in five containers that had arrived by sea from Brazil before being transferred onto a train, authorities said.

“The cocaine seized has an 80% degree of purity and its market value is estimated at more than 50 million francs,” the police said, adding that the stash appeared “destined for the European market.”

On Friday, the European Union’s law enforcement agency Europol and the European Monitoring Center for Drugs and Drug Addiction reported that cocaine availability in Europe “is probably at an all-time high.”

Switzerland is not an EU member but is part of the Schengen zone that allows for visa-free travel among many European countries.

The monitoring center said it estimates the EU cocaine retail market was worth at least 10.5 billion euros ($11.1 billion) in 2020, while cautioning that the figure was likely to underestimate the true size of the market.

It said the largest quantities of cocaine are seized in Belgian, Dutch and Spanish ports, but increasing amounts are turning up at ports elsewhere “suggesting that trafficking groups are extending their activities to ports where cocaine interdiction measures may be perceived as less intensive.”

Swiss food and drinks giant Nestle, which owns Nespresso, sought to reassure customers that “all our products are safe to consume.”

“We have strict quality controls in place for green coffee arriving at our warehouses right up to the finished product,” the Vevey, Switzerland-based company said in a statement emailed to The Associated Press. “The substance in question did not come into contact with any of our products or production equipment used to make our products.”

Nestle said it could not provide more details because of the ongoing police investigation.