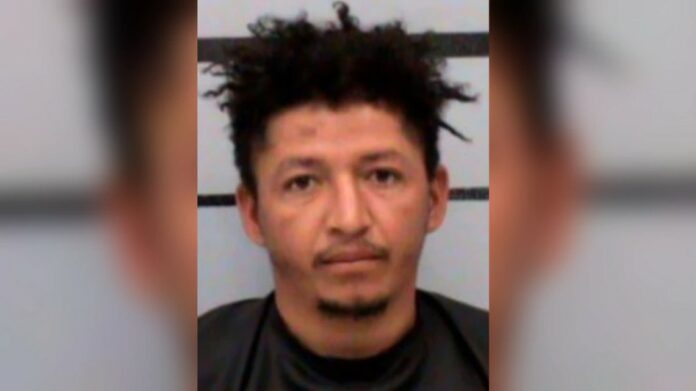 A man in Texas was arrested and charged with aggravated sexual assault of a child after police said a 7-year-old’s mother found him naked in bed with the girl.

KCBD reports the man was identified in the police report as 29-year-old Delmer Orlando Ortiz Licona. In the Lubbock County Detention Center, his name is listed as Orlando Delmer-Ortiz.

When the woman called 911, she started yelling, “What are you doing to her?”

She then told the dispatch operator she needed an officer at her home.

“I just found my man, huh, whoever lives with me, naked in the bed with my daughter,” she said. “Please hurry. He’s running away. Please hurry.”

When the dispatcher asked, “And he’s your boyfriend?”

The 911 call-taker heard the woman tell the child to get in the car. The dispatcher asked if the child was OK. The woman said, “Yes, I got home just on time.”

She told the 911 call-taker she was following the male, and “I’m not going to deal with it.”

Then the 911 call-taker heard a loud sound that sounded like something was hit and then a little girl started screaming and crying. The dispatcher heard someone say, “Please get an ambulance.”

The woman went on to explain that Licona jumped in front of her car, and she hit him. She said he was passed out drunk, but everyone was OK.

Investigators were assigned to the case in March, and the woman agreed to bring the child to be forensically interviewed for the assault case.

The child gave specific details about the assault.

In April, police attempted to interview Licona about the sexual abuse investigation, but police reports show he repeatedly refused to show up to scheduled meetings with the investigator.

The case was presented to the criminal district attorney’s office.