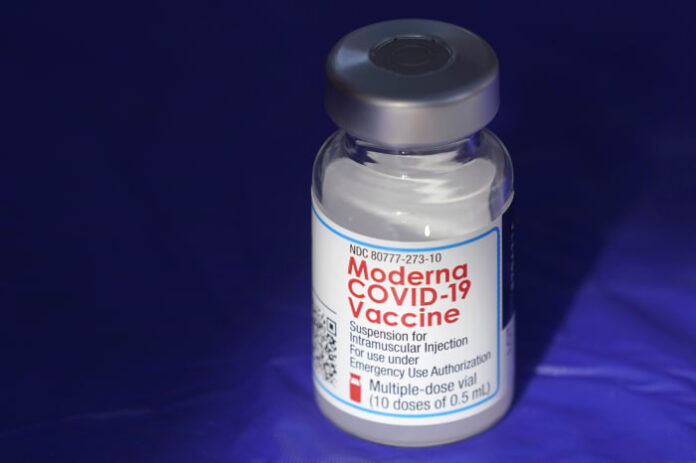 The vaccine maker said Wednesday that revenue from its coronavirus preventive shots jumped to $5.92 billion, from $1.73 billion in last year’s quarter, when the vaccines were debuting in most markets.

More than 217 million doses of Moderna’s Spikevax vaccine have been administered in the U.S., where it is one of three approved options for adults. Pfizer’s Comrinaty shots are the most commonly used, according to the Centers for Disease Control and Prevention. A vaccine from Johnson & Johnson ranks third.

Moderna also is seeking authorization for its shots to be used in adolescents and children, something dozens of other countries have already granted.

The company also has several vaccines in late-stage clinical studies, including a potential flu shot and a COVID-19 booster updated to protect against the evolving virus. Moderna said Wednesday it could have three commercial product launches over the next two or three years, starting this fall.

In the first quarter, Moderna earned $3.7 billion, compared with $1.2 billion in the same period last year.

On a per-share basis, the Cambridge, Massachusetts-based company said it had profit of $8.58.

The results topped Wall Street expectations. The average estimate of nine analysts surveyed by Zacks Investment Research was for earnings of $5.18 per share.

The biotechnology company posted total revenue of $6.07 billion in the period, which also beat average Street forecasts for $4.5 billion.

While vaccine sales jumped compared to last year, they slid $1 billion from the fourth quarter of 2021, when customers sought boosters and many children began getting shots.

Research costs and other expenses also jumped in the first quarter, as the company built out its business. Moderna now has about 3,200 full-time workers, more than twice the total employed at the end of last year’s quarter.

Elements of this story were generated by Automated Insights (http://automatedinsights.com/ap) using data from Zacks Investment Research. Access a Zacks stock report on MRNA at https://www.zacks.com/ap/MRNA