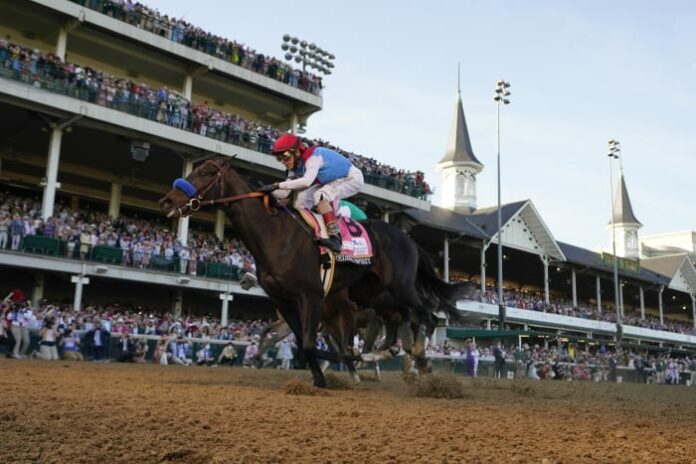 The U.S. Anti-Doping Agency had been set to become the regulator for anti-doping and medication control for thoroughbred racing. But in late December, the deal stalled.

USADA CEO Travis Tygart said his group was “disappointed” not to be hired.

“We wanted to be in the fight to clean up the sport,” he said. “Unfortunately, we were unable to reach an agreement that would allow us a reasonable chance to successfully deliver our existing gold-standard programs, including adequate testing, education and investigative capacities.”

The Kansas City-based company will set up the Horseracing Integrity and Welfare Unit, to be led by a five-member advisory council chaired by Jonathan Taylor, a London-based partner at the international law firm Bird & Bird.

He previously served as chair of the World Anti-Doping Agency’s compliance review committee. He also has experience as outside legal counsel to the British Horseracing Authority and International Equestrian Federation.

The other members of the advisory council are Dr. Larry Bowers, former chief scientific officer at USADA; Dr. Larry Bramlage, an equine orthopedic surgeon in Kentucky; Sonja Keating, general counsel of the U.S. Equestrian Federation; and Günter Younger, director of intelligence and investigations at WADA.

Executive director Marty Irby of the animal advocacy and federal lobbying group Animal Wellness Action said it had hoped USADA would be chosen to work with HISA.

“It is our understanding that the cost of implementation was an issue for the Authority, but we believe when it comes to the welfare of the horse, no expense should be spared,” said Irby, who testified before Congress in support of HISA’s creation. “We are very disappointed and deeply concerned that the end result is not what we sought to achieve.”

HISA takes effect July 1. It will be implemented in stages, with the racetrack safety program starting immediately. The anti-doping and medication rules aren’t expected to begin until Jan. 1, 2023, leaving the 38 states where horse racing occurs in charge for now.

The sport’s lack of uniform rules across the U.S. came into focus after Medina Spirit tested positive for a banned substance following the 2021 Kentucky Derby.