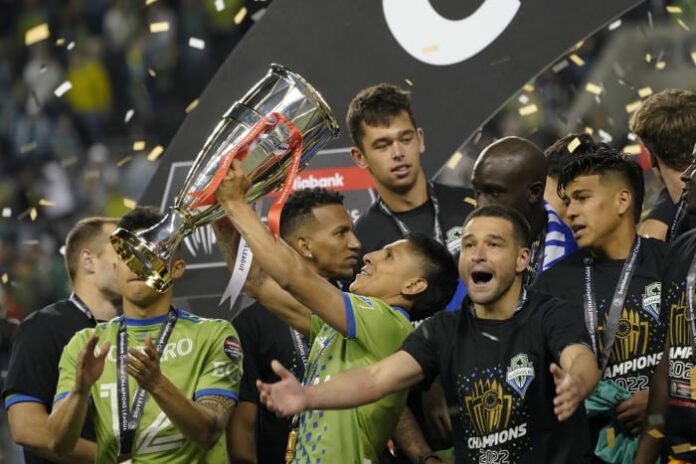 SEATTLE – Kickoff was approaching and Todd Durbin was feeling the nerves. As one of Major League Soccer’s top executives, Durbin knew how much what happened over the next two hours would mean to the league.

Viewed narrowly, the CONCACAF Champions League final between Pumas and Seattle was about the Sounders trying to make history and winning another trophy. More broadly, the Sounders being in the final was validation that the steps MLS took several years ago to deepen salary pools, increase youth development investment and add more talent to rosters were starting to close the gap between MLS and LigaMX.

“If we do win tonight, it’s not an indication that somehow we’re now better than Mexico. That’s not what the moment would be,” Durbin, the league’s executive vice president of competition and player relations, said before the game. “But what I do believe is that it’s a pretty stark contrast to where we were five years ago or six years ago. And you look at where we are today, and you see our team playing in the championship against a great Pumas side with 65,000 people in a sold out stadium, and I think there’s no better indication of the success of the investment than what you’re seeing tonight.”

Just a few hours later, Durbin and the rest of the MLS executives who made the trip to Seattle were watching the wild celebration after the Sounders claimed the title for North and Central America and the Caribbean by beating Pumas 3-0. Seattle is the first MLS team to win the tournament since its current format was adopted in 2008 and the Sounders also claimed a spot in the next FIFA Club World Cup.

The win was also very significant for MLS, which had teams reach the title game four times before only to see them fall short.

MLS hopes there are more such victories in the future with an expanded Leagues Cup competition with LigaMX beginning in 2023. The competition will feature every team from both leagues and significant rewards will be at stake.

“This was history, to be the first team to break through, to be the tip of the spear,” Seattle general manager Garth Lagerwey said. “And to set up, in my opinion, set up the World Cup and renewed interest in that, and the League Cup, which I think is gonna be one of the coolest tournaments anywhere in the world starting next year. I just think it’s massive. The timing is perfect.”

For some MLS teams, participation in the Champions League has been more of an afterthought than a priority. MLS is hoping Seattle’s breakthrough and the expanded Leagues Cup will encourage teams to embrace the need to build rosters that can also contend against their regional rivals.

“Both sides are going to begin to adjust and begin to think about when they’re building their rosters that you have to win MLS Cup, but there’s another really big competition out there,” Durbin said. “We need to be thinking about both of them. In my mind, there is no doubt that you will begin to see a level of competition between the two countries that’s going to be unbelievable.”

In some ways, it’s appropriate Seattle was the team to finally claim the first CCL title for MLS. The competition has been a priority for the Sounders since their first involvement in 2010.

“There’s probably a lot of teams in MLS that are not too excited that it’s us,” goalkeeper Stefan Frei said. “But I think when teams are upset that we’re finding ourselves in good positions that means we’re doing something well. I think we have an exceptionally high standard where we do find ourselves in situations to win trophies.”