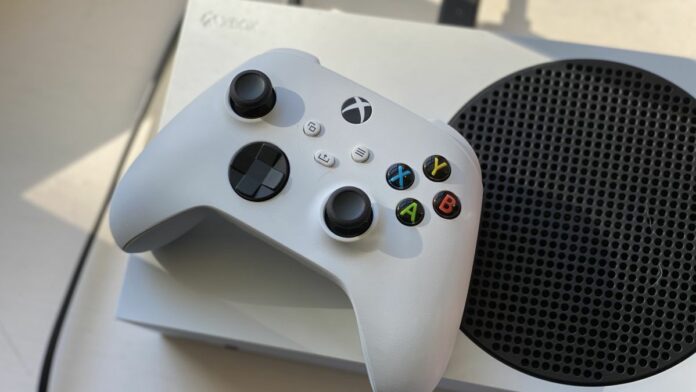 A new patent suggests Microsoft is designing a system that would allow the Xbox Series S to play physical game discs. Although Microsoft hasn’t confirmed the product, the speculative system would enable owners of the digital-only console to convert their physical games into downloadable copies.

As spotted by GameRant, the patent describes a system that would validate your ownership of a physical game, before granting you access to its digital version to download online. The system would involve two devices: one that includes an optical drive capable of reading game discs and verifying your ownership; and a second that you’d use to download the games.

It sounds akin to pairing a console with an external disc drive, albeit with one drive that’s capable of independently connecting with Xbox servers. If rolled out for the latest generation of consoles, it would effectively allow owners of the Xbox Series S to run physical copies of their games through the console.

In the patent, Microsoft says such a system would address concerns over backward compatibility. Some players are reluctant to upgrade to the next console generation because they can’t carry over their existing library of physical Xbox games to digital-only systems.

“Instead, the owner must repurchase the digital version of the video game content for the next-generation video game device. This scenario is undesirable for multiple reasons.”

The device described in the patent sounds like a handy feature. Not only would it give console owners access to their back catalog of Xbox titles, but it would let them purchase games without having to go through the official Xbox store. Physical editions of games can often be found for less than the price they’re listed on Microsoft’s digital marketplace, so bulking up your gaming library with disc copies can sometimes be a more affordable route.

However, the patent leaves many details hanging in the air. For one, it’s not clear what the device described in the patent would look like. It may take the form of a traditional external disc drive that would need to be purchased separately from the main console, but it may be something else entirely. An Xbox One, for example, seems capable of reading optical discs and connecting to the Xbox servers, so seems capable of fulfilling the same function.

Finally, the patent doesn’t specify what happens to the disc copy of a game once you’ve verified it. It’s likely that each disc can only be authenticated once, in an effort to prevent digital piracy, although it’s unclear if it could still be used on a console that’s not connected to Microsoft’s servers.

As with all patents, nothing is confirmed. The device presented in this patent might be years away from making it to market, or may never see the light of day.