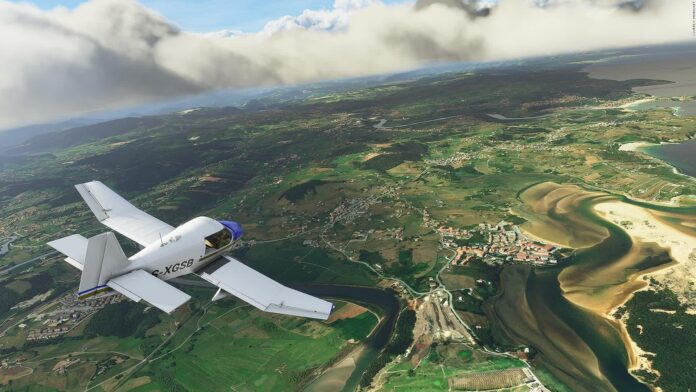 Something to look forward to: Microsoft Flight Simulator is a fantastic experience, even if you’re not into flying planes, but it requires an absolute monster of a rig if you want to push the settings and resolutions high. The good news is that the previously announced DLSS support is coming to the game in a couple of months, and now we know that AMD’s upscaling tech, FSR, is also being added.

Asobo, the developer of Microsoft Flight Simulator, announced during a Q&A session last week that both Nvidia’s Deep Learning Super Sampling (DLSS) Technology and AMD’s FidelityFX Super Resolution (FSR) would be part of the game’s Update 10 dropping this July.

Additionally, Asobo said that it is working on adding support for the updated version of AMD’s upscaler, FSR 2.0. No word on when that will get here, though. And while Asobo Studio’s executive producer Martial Bossard said it would arrive “soon,” including it in Update 10 may be a bit optimistic.

Bossard said the studio is still experiencing some issues with implementing DLSS support, including artifacts being present in the game and problems with some animated textures and the water surfaces.

As FSR 2.0 doesn’t rely on machine learning, it works on a range of graphics cards, though AMD notes that it will be more demanding than a spatial upscaling solution like FSR 1.0, meaning you’ll need a beefier GPU to get the most out of it—especially when upscaling to 4K. Check out AMD’s list of recommendations in the table below.

Microsoft recently brought Flight Simulator to Xbox Cloud Gaming so subscribers can enjoy it on a range of lower-spec devices. Head of Microsoft Flight Simulator Jorg Neumann said it was the number one title on the streaming service, bringing “tons and tons of new people into the game.”

Check out our comparison of DLSS 2.0 and FSR 1.0 from last year. Nvidia had the edge in that battle, but will FSR 2.0 push AMD ahead?