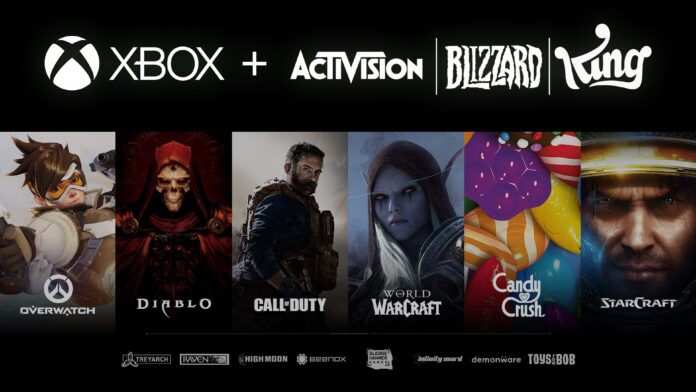 What just happened? Activision Blizzard’s shareholders have approved Microsoft’s $69 billion buyout of the company, with a massive 98% voting in favor of the acquisition. But Wall Street is still betting on the deal falling through.

Bloomberg reports that shareholders approved Microsoft’s offer of $95 per share. The stock price had hit $82 following news of the acquisition, meaning anyone who bought then would have been guaranteed $13 per share profit when the deal completed. However, the current share price has fallen to around $77, suggesting investors aren’t confident the deal will be finalized.

As reported back in February, the uncertainty stems from the US Federal Trade Commission (FTC) looking into the acquisition. Buying Activision Blizzard would make Microsoft the third-largest video game company after Tencent and Sony, and that’s brought the attention of regulators examining potential antitrust issues.

A group of organizers last month urged the FTC to monitor Microsoft’s takeover, warning that it could have “anticompetitive horizontal effects.” The statement noted that the deal could also have a detrimental impact on the unionization efforts of some Blizzard staff, noting that no US Microsoft staff belong to unions.

The FTC played a significant part in blocking Nvidia’s acquisition of Arm earlier this year, having previously sued to stop the purchase from going through. Microsoft also has to gain approval from governments in the European Union and China.

Not all Activision Blizzard shareholders want the buyout to complete. SOC Investment Group, an activist group with a small stake, has encouraged other shareholders to downvote the deal. It believes the company is being undervalued due to “the board’s incompetent handling” of the sexual harassment lawsuits it has faced and would rather the board be replaced so it can rebuild its damaged reputation.