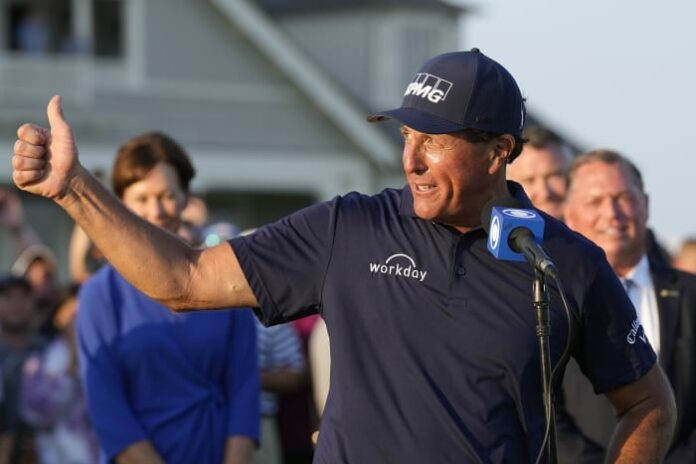 FILE – Phil Mickelson speaks after winning the PGA Championship golf tournament on the Ocean Course, May 23, 2021, in Kiawah Island, S.C. Mickelson has not been heard from in three months. It is uncertain if he will defend his title at Southern Hills on May 19-22. (AP Photo/David J. Phillip, File)

Phil Mickelson withdrew Friday from the PGA Championship, electing to extend his hiatus from golf following his incendiary comments about a Saudi-funded rival league he supports and the PGA Tour he accused of greed.

Mickelson made history in the PGA last year when he won at Kiawah Island at age 50, making him the oldest champion in 161 years of the majors.

He has not played since Feb. 6 at the Saudi International and has been out of public view.

Mickelson met the deadline to sign up for the PGA Championship on April 25, though his manager said Lefty was unsure about playing but wanted to keep his options open.

The PGA of America announced his decision on social media.