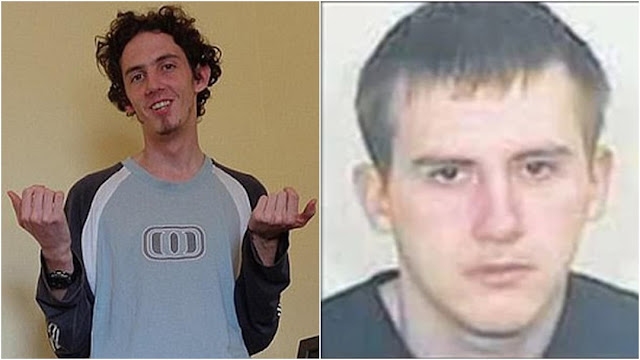 A British paedophile, who targeted and abused up to 200 Malaysian babies and children, and shared images of his crimes on the dark web, has been killed in prison.
Richard Huckle, a photographer from Ashford in Kent, received 22 life sentences after admitting an “unprecedented and exceptional” 71 offences against children aged between six months and 12 years from 2006 to 2014. The 33-year-old, who was ordered to serve a minimum of 25 years, was found dead at Full Sutton prison in North Yorkshire on Sunday.

Humberside police said they had launched an investigation into his death. “We were called shortly after 12.30pm [on Sunday] reporting that a man had died at the prison,” a spokeswoman said.

“Humberside police are working closely with the Prison Service to investigate the death of an inmate and at this time we are treating the death as suspicious.”

The Prison Service confirmed the identity of the dead inmate but said it would be inappropriate to comment further while a police investigation was ongoing. The Guardian understands Huckle’s death is being treated as a murder and reports suggested he was stabbed in his cell with a makeshift knife.

Huckle posed as an English teacher and philanthropist in poor Christian communities in Kuala Lumpur. Some of the 23 children identified in the charges were abused for years, including one from the age of three until 10.

He originally faced 91 charges but investigators believed the number of his victims was much higher, having found a ledger and scorecard on his computer in which Huckle awarded himself marks for different kinds of abuse of 191 girls and boys.

His catalogue of abuse stretched back to when he was 19 and on a gap year teaching in south-east Asia. He was 30 when he was jailed in 2016.

Sentencing Huckle, Judge Peter Rook QC, told him: “Your offending behaviour became entrenched in your everyday life. Your life revolved around your sexual activities with young children. Your distorted beliefs in respect of children are deep-seated. Your self-delusion knows no bounds.”

His arrest came after Australian investigators tracking the activities of another paedophile who ran a child abuse site on the dark web noticed Huckle was a prolific user of the website. He was arrested at Gatwick airport by National Crime Agency officials when he returned home for Christmas in 2014. Huckle initially pleaded not guilty to all 91 charges, then gradually admitted 71 counts.

Rook said Huckle’s conduct appeared to be escalating at the time he was caught. The court heard he wanted to create a “paedo Wiki guide”. This was found on his laptop, along with 20,000 obscene images and a “paedopoints” ledger, a game he devised awarding himself different points for 15 different levels of depravity on children, which he rated from “basic” to “hardcore”, and which he also wrote about on a paedophile website.

He refused to hand over encrypted passwords to hidden files on his computer, leading Rook to conclude that Huckle showed no “genuine remorse”, despite a letter of apology he wrote to his victims’ families and the Malaysian government.

Huckle’s parents sold the family home and disappeared soon after his arrest. His sister-in-law told Sky News: “None of his family will speak about him. None of us ever want to see Richard again.”

Full Sutton is one of Britain’s highest security prisons with capacity for about 558 male category A and B prisoners.

In 2011, the child killer Colin Hatch was strangled at the prison. His killer, 36-year-old Damien Fowkes, was jailed for manslaughter.